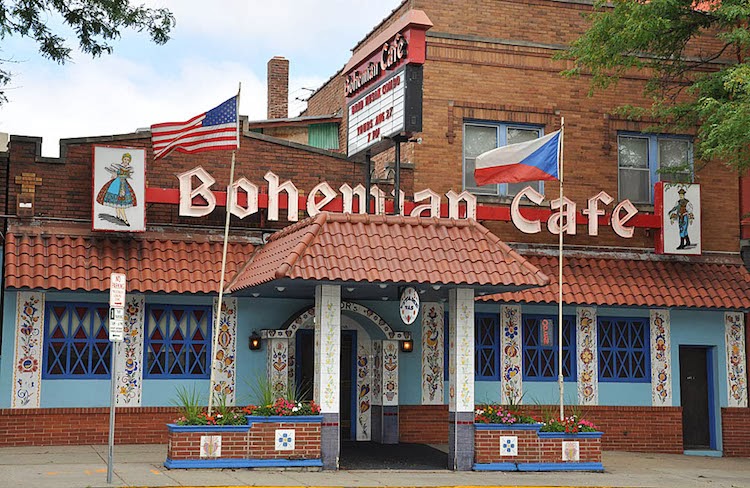 I’m sure I will have eaten here as a young kid, in the early sixties. I wouldn’t have had the sauerkraut, but I’m sure I recall the gravy. Loads of great gravy.

My grandmother made great gravy: thick and white and a meal on its own – when you’re a kid. She was Danish and lived in Iowa so this doesn’t fit in entirely with these Nebraska/Omaha vignettes, but it is all about memory. 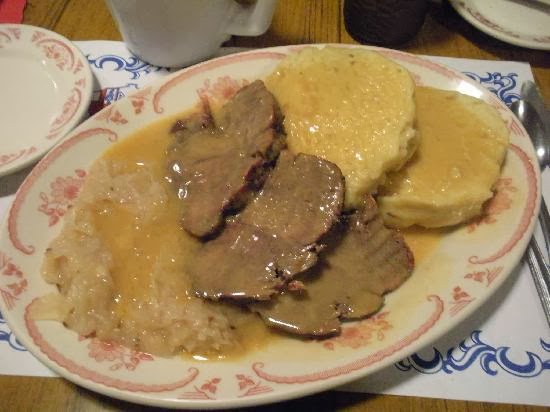 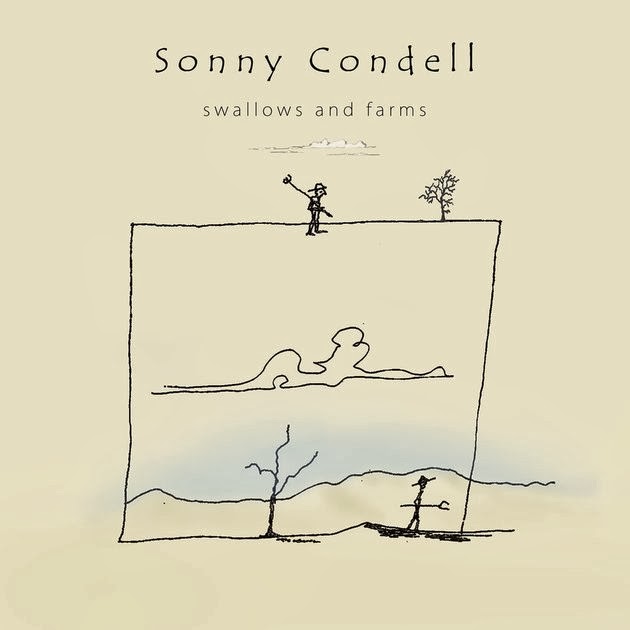 This is very much a solo project, Sonny Condell [excusing the paradox of mentioning he is one half of the wonderful duo Tír na nÓg] performing everything on the album, from harmonica to fiddle to flute, and of course acoustic guitar and singing. As I mentioned in my review of Leo O’Kelly’s latest here, and thus repeated again as a compliment, one hears echoes of Tír na nÓg and thus there is the double pleasure of nostalgic as well as contemporary appreciation.

The songs on Condell’s album are all folk-based - no layering with electronic effects: just the harmonies he structures there of himself. It is a beautiful collection, essentially introspective lyrically and sweetly sung and performed at a calming pace. It might seem scant attention to not undertake my usual walk through the tracks, but I have listened twice today and there is a genuine holistic sound to this album, the clear nuances there for the hearing, and I commend you to experience this for yourself rather than my delineating these [though I can’t avoid signposting the most Tír na nÓg-sounding track which is the gorgeous You In Yellow]

Swallows and Farms is compelling in its simple musical excellence. Try and buy here, though the site currently states it is out of stock. Perhaps a large request will prompt its quick return. 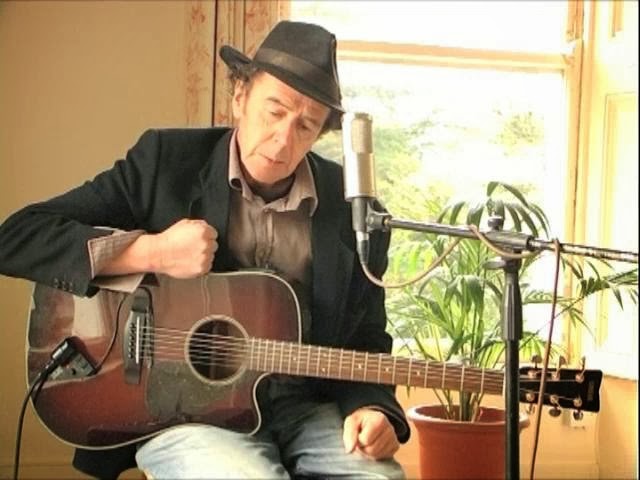 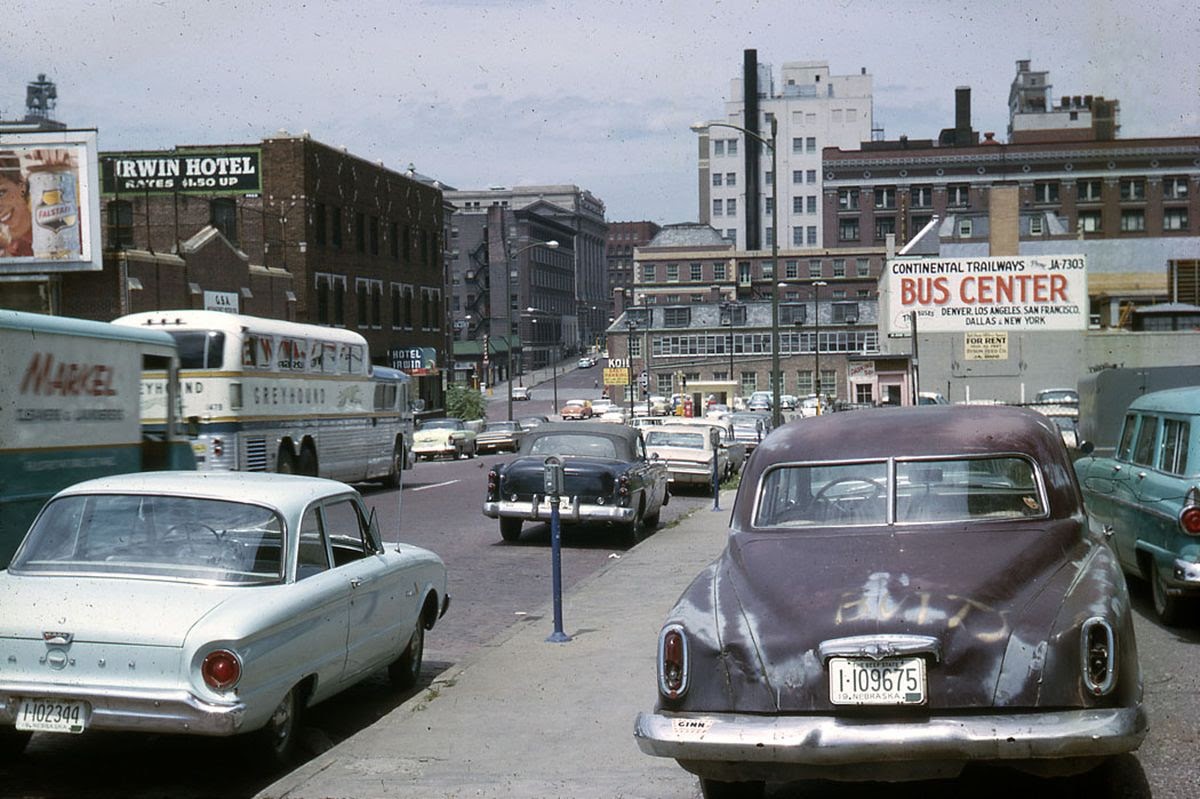 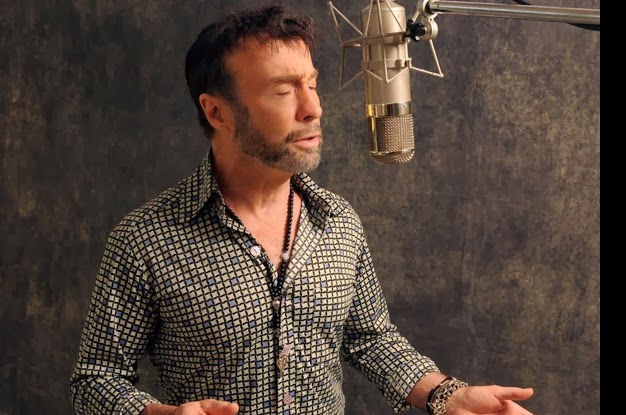 A quick extra to my previous review of this album: if you are getting, go for the Deluxe Edition as it includes three additional tracks, and these collectively produce increased umph to the whole – two Sam Cook songs, Shake and Wonderful World, the former having the greater energy and full band treatment, whilst the third is Free’s Walk In My Shadow from their debut album Ton Of Sobs, and the Stax horn treatment is simply a lively embellishment to a great song, the sax solos not a substitute for Kossoff but a gutsy version: enjoy if for the uncomplicated pleasure of celebrating fine music and singing.
Posted by Some Awe at 09:40 No comments: 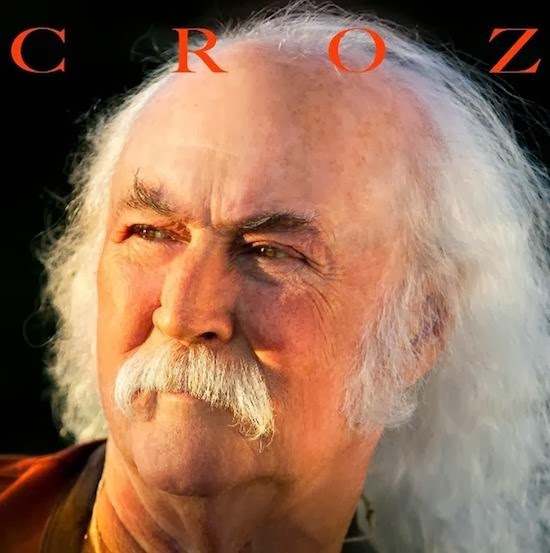 I’ve read a few lukewarm, even disdainful, reviews of Paul Rodgers’ latest The Royal Sessions that I wrote about here yesterday, and already the unimpressed are casting their shadows over Crosby’s latest Croz. I’m no sycophant, nor do I think great artists are exempt from indulging in drivel or the less than brilliant, either during the peak or further down the long roads of their careers. But I also think genuine talent sustains itself [accepting the tragedy of the burn-out] and also that talent deserves its respect.

And it’s not that it has taken Crosby twenty years to release another solo album that prompts an unquestioning support! Seeing him live recently with Stills and Nash, it was evident that the beauty of his singing voice is fully intact, and that resonates across the songs on this album. So too do the lyrical polemics: assertions about world peace and observations on the environment get their occasional polysyllabic articulations: Crosby never afraid to say it as it is rather than fit more easy-listening modes.

Opener What’s Broken is an uptempo, even slightly funky song, Mark Knopfler providing trademark riffs, and the poetic lyrics reflect on the varied lives of a city’s inhabitants, it seems: references to what’s broken and abandoned souls and what desperate is and then disciples and angels, it is as if someone is watching and rueing. Second Time I Have contains the line cognitive dissonance they call it, and I wonder just how small it could be made to be, in me followed by so much disturbing short-sighted shit, they have to do better than live with it and it’s another song about living in the city where fear is the antithesis of peace. Only Crosby could get away with this linguistic directness, even ordinariness, and the song rouses and builds with scorching guitar heightening the melodrama of its ponderings. These two are then followed by third Holding On To Nothing, a beautiful acoustic song classically early Crosby, sung with pristine tenor clarity, then sweet layered harmonies and a trumpet solo by Wynton Marsalis: yet again quite reflective and plaintive, Crosby not surprising at 72 ruminating on the meanings of life, mainly present and future it seems.

This is a thoroughly honest and intelligent album, beautifully produced by son James Raymond, and the harmonies are as outstanding as any other work Crosby has done with The Byrds and CSN&Y; Crosby solo vocal crystallised to perfection on eighth track If She Called: quite glorious. This is all heightened and consolidated by the mature reflection on a life for which Crosby is clearly thankful to have survived and to have found space to amend as well as achieve, as Set That Baggage Down seems to lyrically assuage and atone for. 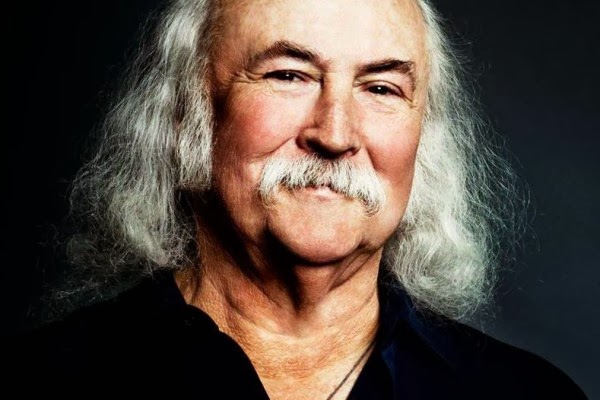 Shale hogbacks across the river at Council
Bluffs—and shanties hang by an eyelash to
the hill slants back around Omaha.

A span of steel ties up the kin of Iowa and
Nebraska across the yellow, big-hoofed Missouri River.
Omaha, the roughneck, feeds armies,
Eats and swears from a dirty face.
Omaha works to get the world a breakfast. 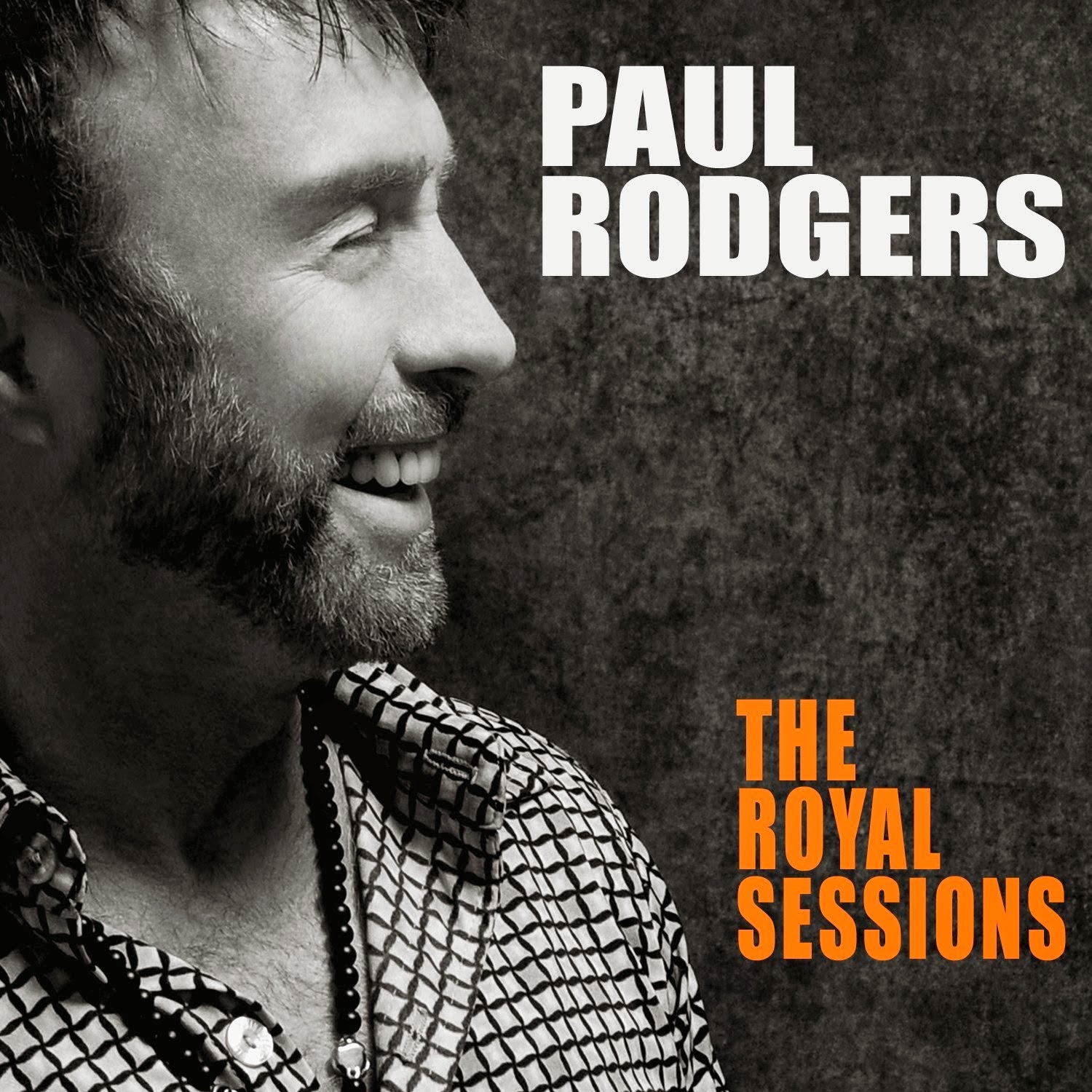 Not Queen or Corgies

Paul Rodgers requires little fanfare in promoting any music he puts his legendary vocal to performing – accepting perhaps the Queen ‘sessions’, not that I minded these as he brings unique class to whatever he sings, not that I heard these renditions in any great depth apart from casual viewing on the television.

I never got to see Rodgers with Free nor Bad Company, but I did catch him live twice: the first time when he was promoting Muddy Water Blues – perhaps his best solo album with those brilliant bluesrock songs and guest guitarists [the outstanding vocal gets taken as read] – and then a few years later when he toured the Now and Live release. I will never forget seeing Free for the first time on The Old Grey Whistle Test, launching Tons of Sobs, to this day one of the most memorable debuts ever.

This latest release has Paul singing soul classics he first bought as 45s and which influenced him as a musician and singer. Recorded at Memphis’ Royal Studios, apparently with many musicians who played on the original versions, the songs are faithful not so much in aping those first versions, but in the control exercised in the performance: each song as short and sweet as when initially released, so no extensions and contemporary flourishes, and most significantly, Rodgers’ vocal is restrained – well, there is such an inherent power there, but what I mean is he never has to force or overstate the performance. He sings simply, letting the classic melodies and his distinctive tone merge to a natural, pure effect. All of the songs were recorded live with the band in the studio and on analogue equipment, so the authenticity is a broad stroke. The band line-up is [taken from the Paul Rodgers website]: Reverend Charles Hodges [Hammond B3], Michael Tolls [guitar], LeRoy Hodges Jr. [bass], ‘Hubby’ Archie Turner [Wurlitzer], Steve Potts and James Robertson Sr. [drums], The Royal Horns and the Royal Singers.

Where many rock vocalists increasingly turn to revisiting the ‘Standards Songbook’, as if it is a vocal pilgrimage they must undertake as they grow older gracefully, Paul Rodgers’ covering of these soul classics – songs like I Can’t Stand The Rain, I’ve Been Loving You Too Long, That’s How Strong My Love Is and Born Under A Bad Sign - seems as innate as continuing to perform Free and Bad Company familiars. 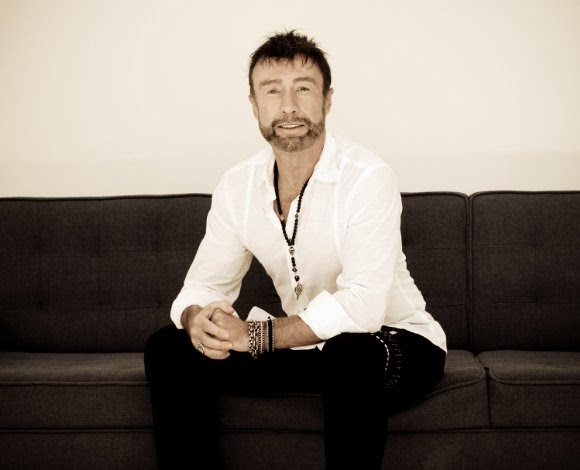