The most fitting tribute I can give to this great artist is a reference to my review of his last album here which in itself is such a fine tribute to his talents. 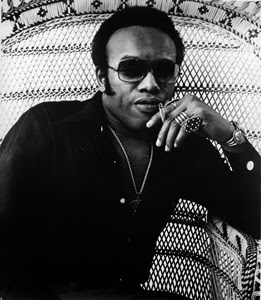 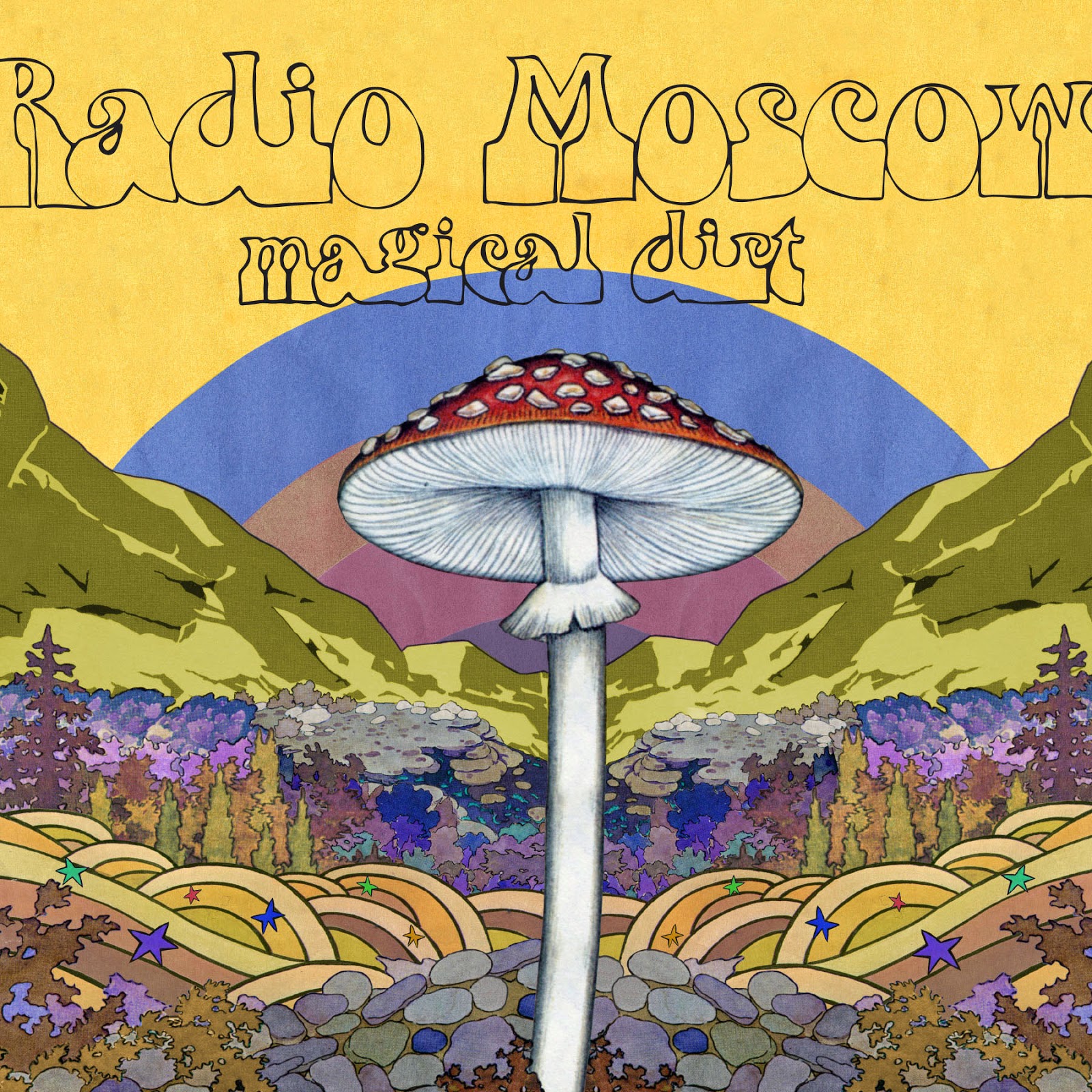 Uploading exam marks on the computer is a tedious task, made worse when you've been hassled by some asshole from an organisation that couldn't create a party in a party factory, and an asshole who has no idea how hard I am working to make right the mess over which his/her organisation is presiding, but it is made all the more palatable by listening to some heavy rock provided by the latest from Iowa band Radio Moscow. You couldn't be as far from Moscow and all that metropolis implies, or anywhere else for that matter, than Iowa - Bill Bryson has that famous anecdote [only partially remembered as I write] about standing on a small box in Des Moines and seeing the whole of Iowa - but these guys deliver sustained hard pounding high quality make-any-chore-enjoyable rock that has helped immeasurably this morning. Hard to compete at a time when Rival Sons has delivered so powerfully, but this is a worthy companion to blowing the shit away. 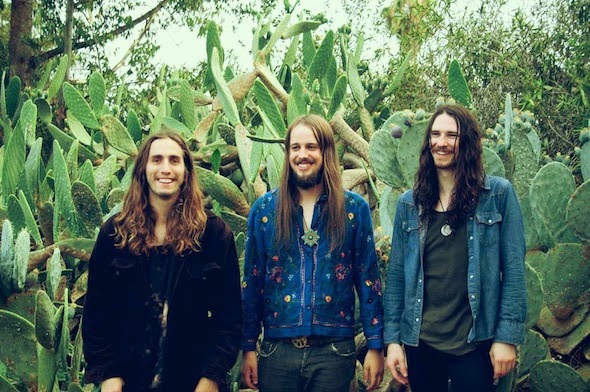 Steve Cropper & Felix Cavaliere - Nudge It Up A Notch 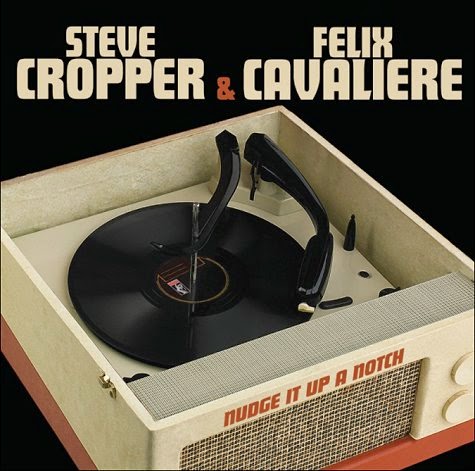 The previous posting provides the context for now, and this earlier pairing of a certainty certainly lays the foundation for the generically cool soul and funk that gets delivered via Cropper's slick licks and Cavaliere's smooth soul vocals, still groovin' after all these years, the ol' Rascal. What an upbeat evening these two records have provided. 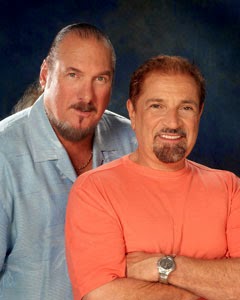 Email ThisBlogThis!Share to TwitterShare to FacebookShare to Pinterest
Labels: Steve Cropper & Felix Cavaliere - Nudge It Up A Notch 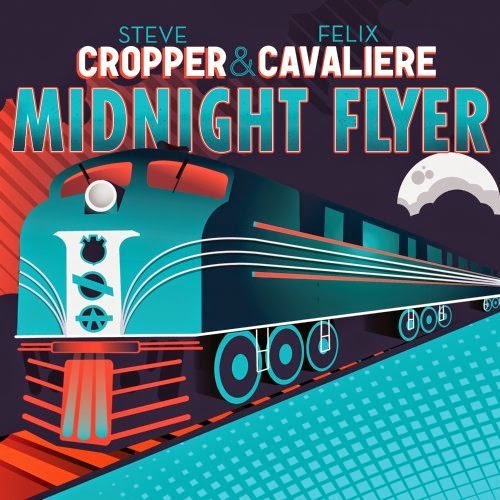 It is a simple Law of Musical Physics that if you combine two of the great Cs - that's Cooper and Cavaliere - you will get a great response. This is soulful, groovy, funky, laid-back and yes [picking up on a mildly over-critical allmusic review] generic in all those various departments. Strewth. Generic schemeric: give me more of this any day, and indeed I will be next listening to their 2008 Nudge It Up A Notch precursor to this 2010 cool-fest. 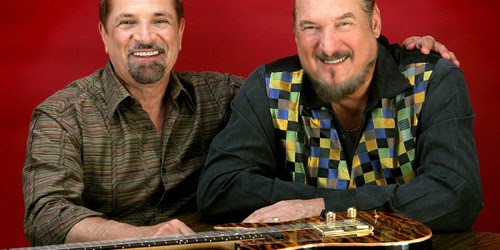 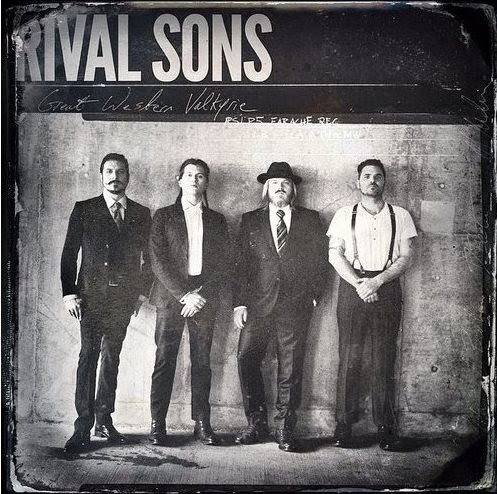 Rival Sons have no rivals in the retro rock hierarchy, occupying the summit with this fine latest release to ironically challenge even the excellence of their previous Head Down. To say it is the same again is a kind of tautology if we accept the 'retro' tag, and this band continues to do enough that is distinctive to actually test such labeling, but equally, the homages are still there, loudly: like third Secret which re-presents Led Zep - but really Robert Plant here - so gloriously, and also closer Destination On Course [and I don't mean the angelic choir with imaginary attendant stadium fag lighters lit] with the other tribute this time to Jimmy Page in its guitar experimentation.

What sets this apart and above just echo is a song like Good Things that champions carpe diem within the fortuity of the disaster that could befall us all, embraced in the simple symmetry of the line good things will happen/bad things will happen too, and a little darker in enjoy it right now because you never know when it's gonna end, Jay Buchanan singing the aphorism with such pretty emotion it almost sounds hopeful.

Whatever disaster lurks within the yin yang, this is a joyous celebration of rock to keep you thrilled until. 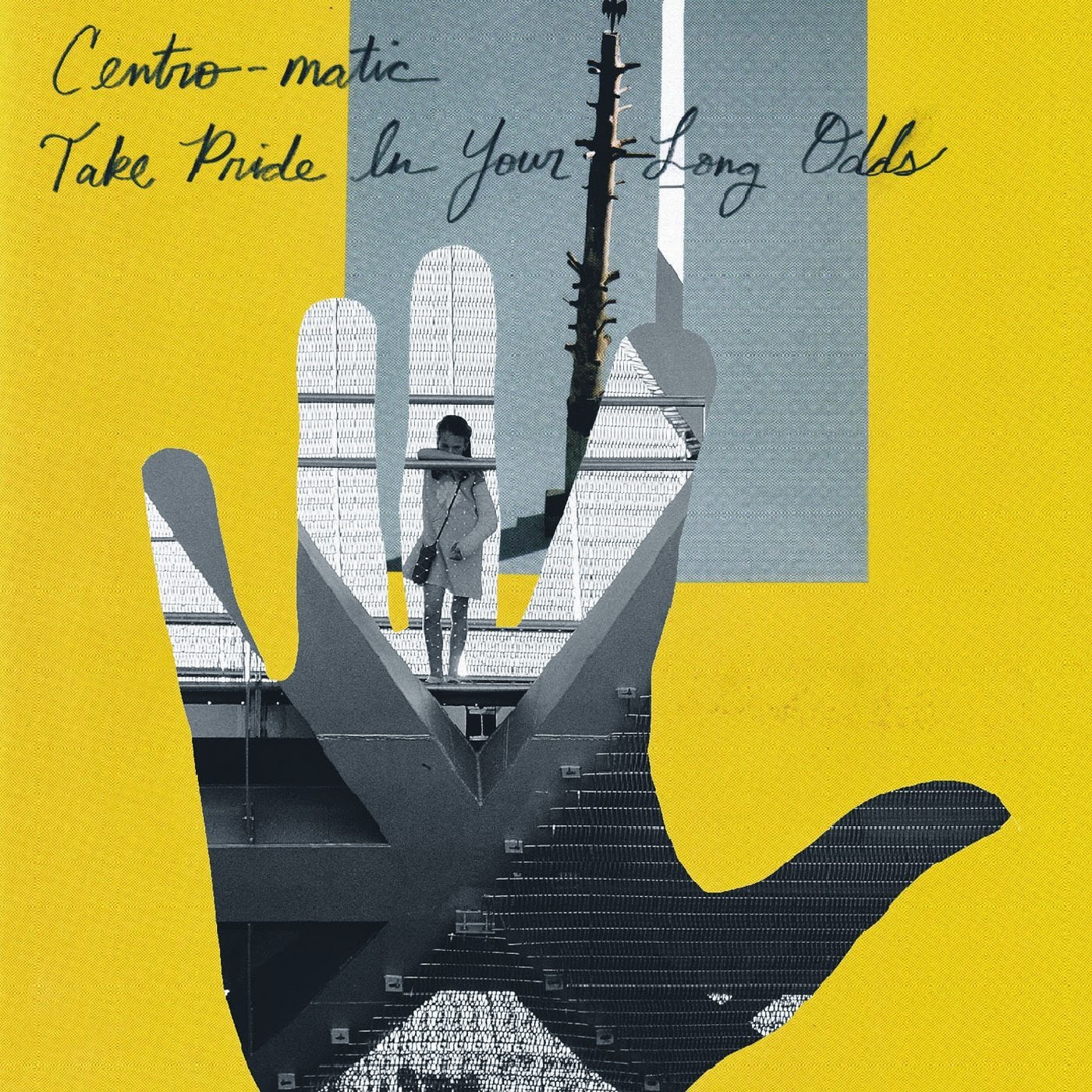 This latest from Will Johnson-led Centro-matic gives Indie Rock a good name, my shuddering a little at any reference to Indie music as it tends to signal blandness to me. There is more of alt-country in this and their previous to my hearing [though yet again I find myself saying I have followed the band's career with some interest but cannot recall specific tracks in the aural archive] but that's title-hopping. Johnson's gravelly vocal provides some of the necessary rigour to sidestep the bland, and the songwriting is always clever enough to be better than ordinary. The opening instrumental Take Pride In Your Long Odds is a guitarscape of vibrated and electrified static caught inside a melodic calm, probably the most powerful track on the whole album. It sets a scene perhaps not totally fulfilled, but the rest tells meaningful stories. Fifth Anything Torn Out is a fine acoustic song wrapped in a synthesised whirling sound a la Terry Riley, the harmonies insinuating their americana roots.  Closer Through The Fog, Then Down - great title - has an echo of Neil Young, and is another sweet song. Excusing the litotes, not a bad listen at all. 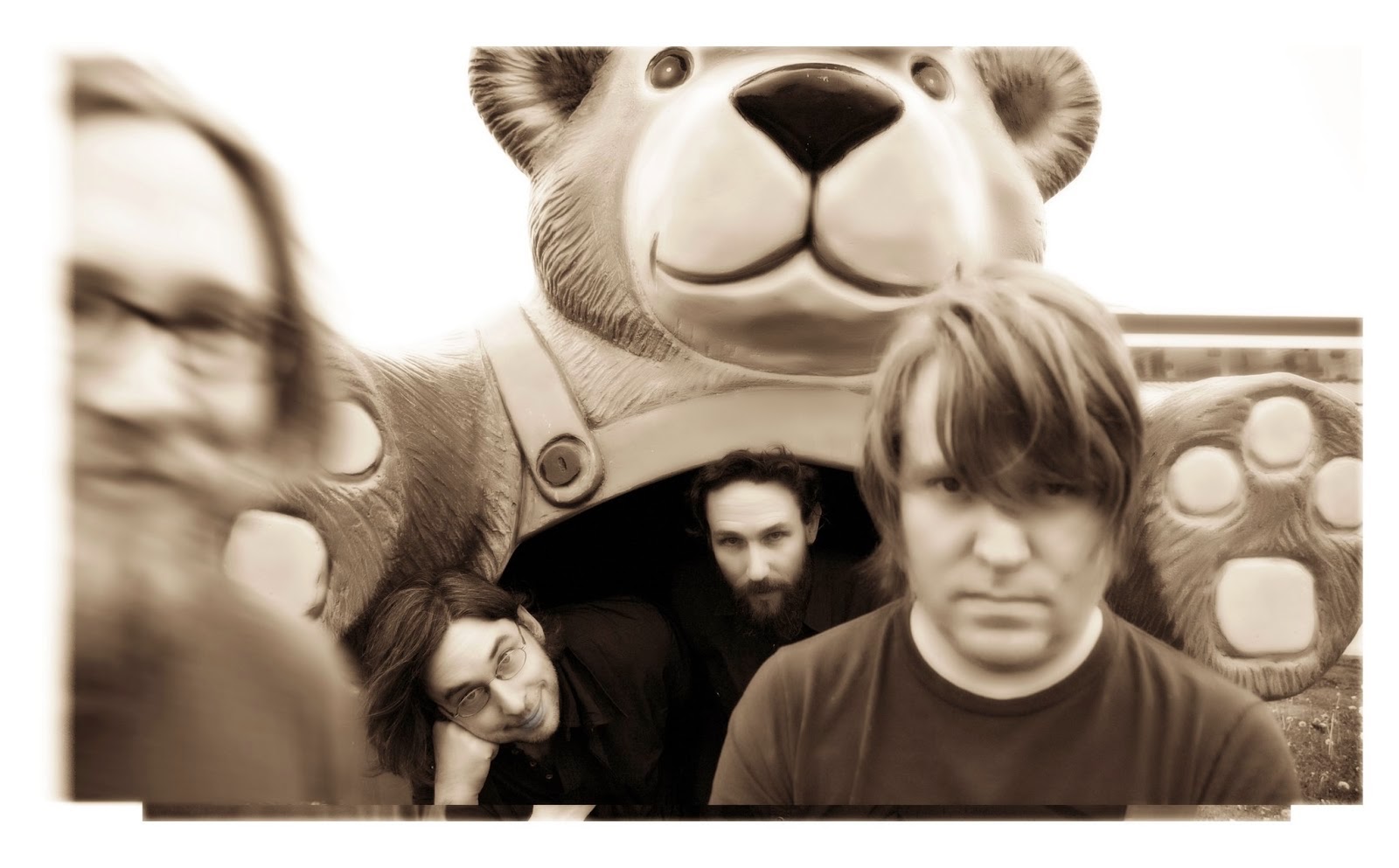 Email ThisBlogThis!Share to TwitterShare to FacebookShare to Pinterest
Labels: Centro-matic - Take Pride in Your Long Odds 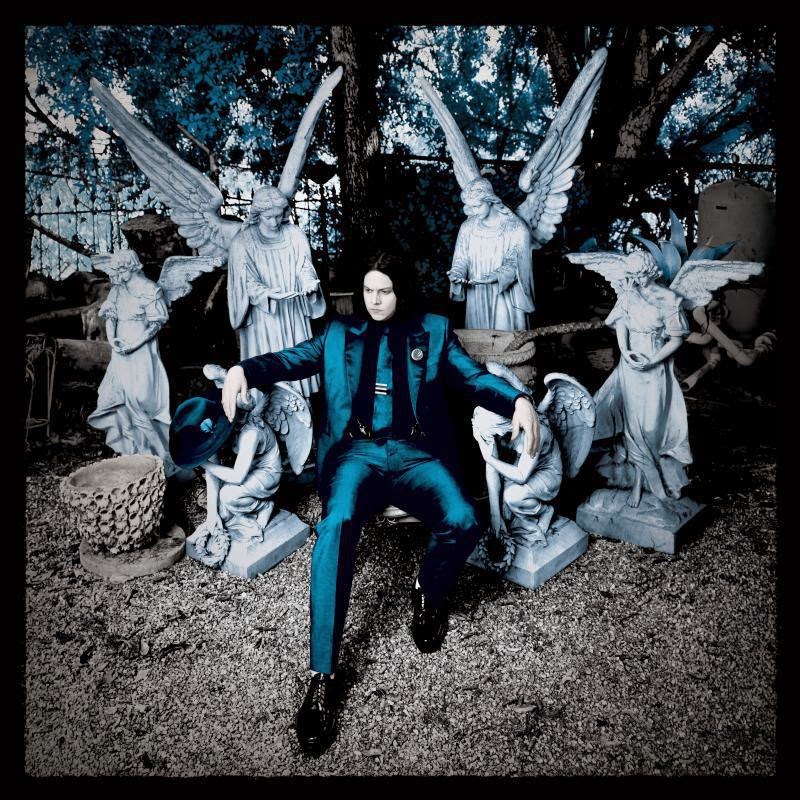 I've not been an avid follower of Jack White, though always respecting his talent, and obviously excited by those early White Stripes days, but this latest release is so much fun with its brash garage rock, country folk rock, and outright pop ditties like Alone In My Home, but it's instrumental High Ball Stepper,  getting plenty of radio airplay, that blows you away, literally at times with its explosions of fuzz. White manages to play it so simply and naturally, especially piano pieces, and the overall effect is immediacy and integrity. Would you call That Black Bat Licorice reggae hip hop al la Zappa? So much fun. Streaming here. 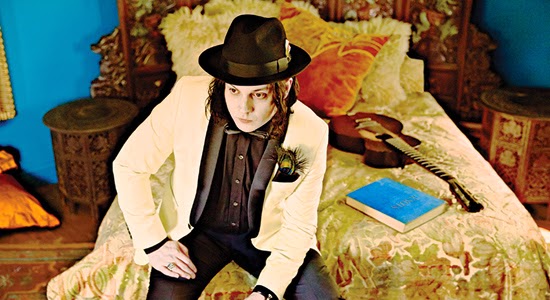 
With relatively little time left, I bought a new lamp to shine a light
on things. There have been other purchases: no great spectrum,
but at one end of the scale another iPad to make catching up
easier for both of us, and then at the other the convertible
which again today left all travellers lagging behind and perhaps
calling me an ass. Well, it was my ass they were watching disappear
at speed, and that’s another kind of illumination in this relative
scheme of buying and easing the chore of still being here as well as
having some kind of fun. Not sure how Einstein would theorise
this instinct and spontaneous workings: more things equal better
things, as long as you don’t equate too much in the correlation.
What surprises me is how long it takes to connect one improvement
with another, not yet convinced about the simplicity of acquiring,
nor quite resigned to how going so fast could be our expiration.
Posted by Some Awe at 01:32 3 comments:

Always a pleasure to have an excellent coffee as well as food at Boston Tea Party in Honiton, one of a number of family owned, independent cafes.

I remember the building well as a second-hand bookshop many, many years ago, and now as a cafe it has retained the charm of that mystery of rooms, though it is currently far more organised and modern!

Boston Tea Party regularly displays art from local artists and it was an extra pleasure recently to come across the work of Tamsin Green and her recycled collages, especially one of Sidmouth Beach. I am pleased to say I am now the proud owner of this vibrant and entertaining piece. 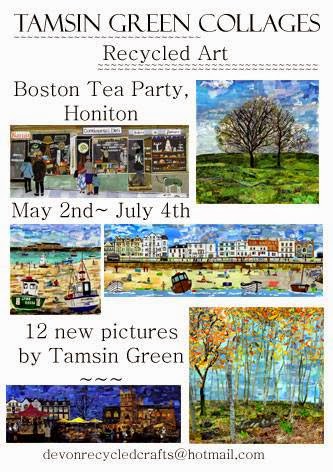