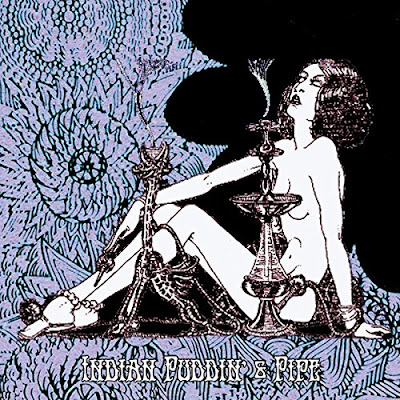 This collection from Indian Puddin’ & Pipe [West Coast Natural Gas] from 1969 is a convincing showcase of what a great band they were and could have continued to be. Their sound is informed by rousing rockjazz elements but also gentle harmony-infused vocals, most notably on the eleven minutes of Spirit where horns, sax and a fine lead coalesce in sweeping layers and then catch up and dance within rowdier vocals.

Opener Morning Glory has sunshine pop echoes but this too breaks out into some rumbustious jazz, the saxophones leading the way and into more exuberant, complex vocals – Beach Boys on speed sort of thing, the demo-recording nature of it all [we hear studio chat throughout the album] adding a sense of live creativity. This very same is continued into next A Penny, hearing just a little of Mothers of Invention in the vocal playfulness. A stand-out is Shadowlarks that opens with a BS&Ts orchestration which premiers the fine playing, and the melody is conventional rock until this breaks into some quite pretty choral singing. Again complex without being overly-so/pretentious. The return to a jazzrock instrumental is excellent with some Chicago-esqure horn here too. Mr Blue has a wonderfully raw ensemble singing that just sounds like fun.

The final track on the original 2005 release is Planetary Song and this continues the rich vocal, especially that of Lydia Mareno. A further four tracks are added to this 2017 release and these reflect again the vibrant psyche-pop of early Bay Area music. The band: 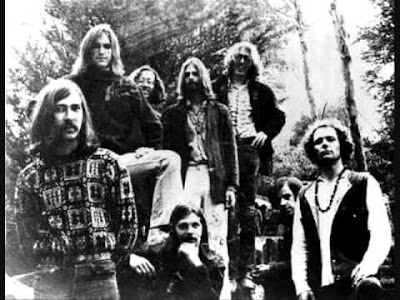