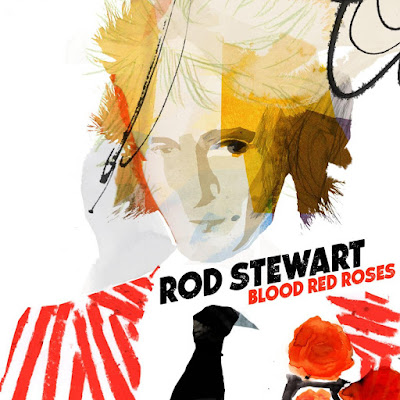 In an album of occasional yet just reflections from the past – the vocal almost always signaturing itself as enduringly distinctive – and too many duds that prompt immediate fast-forwarding, one of the highlights is the funk and gospel of Give Me Love, better than anything on Chic’s latest release. Rest of My Life follows in this relative favouritism with its Motown aping, and reminds of Stewart’s broad influences.  Perhaps Ed Sheeran is to blame for a couple of hopeful celticfolk hits, though perhaps Rod always had that proclivity in him. You wouldn’t have thought Rollin’ and Tumblin’ would lack spunk in the hands of a true rocker, but…[and though not entirely fair, check out the same on Billy Gibbons' latest]. Julia is, I guess, the power of nostalgia over musical judgement, a fuzzed guitar unable to justify itself swimming in the syrup and about as incongruous as putting that syrup on sausages [though hang on, that is another favourite of mine]. Put a sign on the door – untouchable is a potentially great line from Honey Gold, but this too seems to be more the necessity of a reflecting narrative and hauling in a big chorus as accompaniment: if it is a song about protest and independence, the pop sensibilities do seem at odds. There’s a rumour you even partied with The Faces is, however, another good line. Vegas Shuffle rocks generically strong enough to make getting near the end worth it, just – those cheerleader-esque vocals lost on me. The sweet-end register of Stewart’s vocal on Cold Old London is pretty and plaintive in its reflection on aging, but the song is soppy. And if you are going to title a song Who Designed the Snowflake… Closer, the calypso of I Don’t Want to Get Married, is as jolly as one assumes Rod was in recording this whole album. Fair play if and when you can. 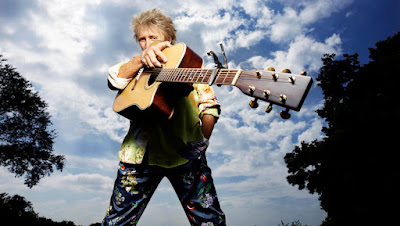