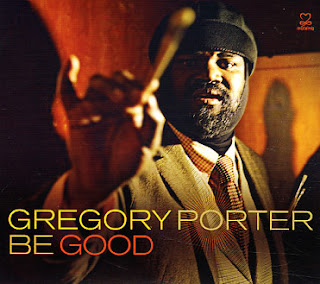 He Can Be Bad Too

Porter’s second release after the excellent debut Water arcs again across the soulful to explosive jazz in a collection swelled with beautifully sung ballads to the scat blitz of his wilder moments.

Opener Painted On Canvas is as tender as touch, the vocal caressing around gentle piano chords and playing lyrically with the colours of what makes us who we are. Title track Be Good is playful too in its simple tune and the lyric she says lions are made for cages just to look at if you like/you dare not let them walk around cause they might just bite/she knows what she does as when she dances around my cage and says her name/be good, be good – the metaphor of the lion teased and tamed in this relationship bolstered by a seductive alto sax solo by Yosuke Sato.

Third track On My Way To Harlem is an upbeat homage to the influence and inspiration of Duke Ellington, Langston Hughes, and Marvin Gaye: I so could use some of those blues from Langston Hughes. His supporting band plays an energetic set for this spirited track. Fourth song Real Good Hands has a wonderful spoken opening that evokes soul numbers of the sixties, and the sung assurances to the parents that he will look after their daughter seem equally anachronistic but totally believable in their polite promises, including I wanna make your daughter my wife.

Seventh, the Webster/Fain Imitation of Life, is a classic piano-led jazz ballad that presents Porter’s vocal in all its simple and gentle eminence. This is followed by another sweet offering, Mother’s Song, which is a warm and heartfelt tribute invoking traditional sensibilities of honour, trust and blessing. Ninth Our Love keeps the mood mellow and romantic.

It’s tenth Bling Bling that launches Porter’s scat attack, and as with similar vocables in Water it reminds me of that other expert of vocalese, Kurt Elling. The band again empathises with some raunchy playing, Tivon Pennicott’s tenor saxophone screaming its part in the conversation.

The album ends on two classics. Penultimate track Ned Adderly’s Work Song gets a lively workout, Pennicott and Sato again laying down some scorching sax strides. Closer is a gorgeous a cappella version of God Bless The Child. This is pure and perfect. No acrobatics here, but it is truly moving with its emotive delivery.

Porter is apparently most popular in Europe but particularly here in the UK. He appeared in the 2011/12 Jools Holland Hootenanny and was, for me, the most distinguished performer in a show that is getting a little tired, though Holland's Later is still brilliant at introducing acts on television, as with Porter when he released Water. Porter did receive a Grammy nomination for that album. Whatever the wider acknowledgements and accolades, he is without doubt a great performer and this latest release is a superb addition to his art. 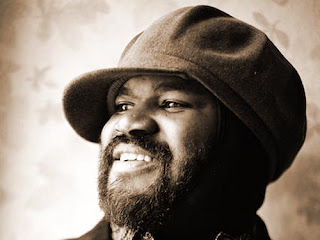 Email ThisBlogThis!Share to TwitterShare to FacebookShare to Pinterest
Labels: Be Good, Gregory Porter