The Beach Boys – That’s Why God Made The Radio 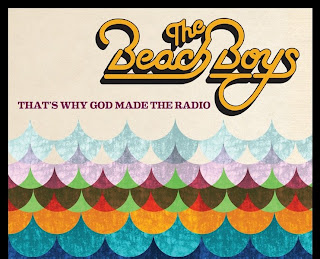 Waving Goodbye To The Waves

Firmly hooked into the Beach Boys’ glorious pop past, this album reflects both the narratives and beautiful harmonies of that time. There is, thankfully, no attempt to update the template so there’s no rap or scratch or sampling or other inverted anachronisms, though I will comment on its other anachronistic tendencies anon. After the sonic reminder of the precision of their harmonies with nothing but this harmonising in the opening Think About The Days, second and title track That’s Why God Made The Radio is an adamant hypothesis for a deity I do not recognise, but after listening I’m prepared to twiddle the spiritual knobs invoked by its heavenly sound. I’ve read commentators call the music on this album unimaginative and slick and I think the latter adjective at least perfectly sums up the perfection. Would anyone really be expecting anything remarkably different to what we know, especially of Brian Wilson over recent years? To have this much of an echo of the Beach Boys’ familiar sound seems generous enough in the circumstances.

I do acknowledge the unsettling anachronism of 70 year olds singing about ‘digging’ summer vacation, cruising in their cars, going steady, good vibrations and summer weather and other whitewashed teenage dreams from a past that was never this innocently utopian anyway, but in many ways that’s the fun of the album: its happy reconstruction of a world by old guys who know better but still sing it so prettily. Even the do bee do bee dos seem somehow acceptable when wrapped in the California sun and Pacific coast namechecks, and our recent British heatwave has given this some aural Anglo-credibility. Today’s rain hasn’t dampened my enthusiasm either, and when the guys sing in Shelter - I’ll give you shelter and keep you warm – my listening accepts in full this musical architecture.

The album’s firmer grasp on reality does, however, get revealed at the end. The final three tracks have a sound and focus that feels more genuinely self-aware and mature. Tenth From There To Back Again presents some of the most exquisite harmonies on the album, followed even more beautifully by Pacific Coast Highway where the yearning to go home is perhaps more than a geographical location. Then final track Summer’s Gone is achingly melancholic in the most obvious of Beach Boy metaphors where summer fun and all its memories of youth fade into the song’s ending with a haunting sound of waves crashing goodbye on the shore, just after the closing line and dream about our yesterdays. 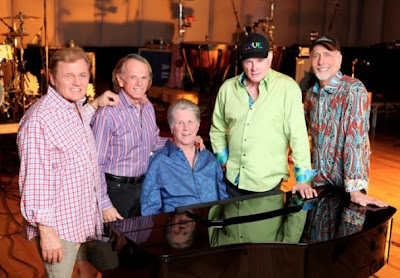 Email ThisBlogThis!Share to TwitterShare to FacebookShare to Pinterest
Labels: Beach Boys – That’s Why God Made The Radio