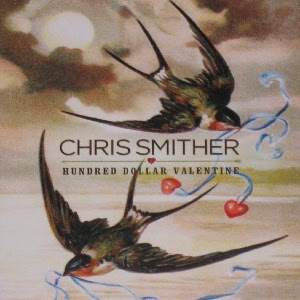 This is Chris Smither’s 12th studio recording and it continues with the finger-picked, foot-tapped, fulsomely-sung blues/folk brilliance for which he is rightly revered, at least by a dedicated informed if not more widely.

The title track and opener lays down the blues roots in wonderfully familiar fashion, and the accompanying vocal of Anita Suhanin provides a pleasing foil to Smither’s grittier tones. Second track On The Edge provides the folk nuance that has informed his music for 40+ years, especially reminiscent of the songs he was writing on his first two brilliant albums I’m A Stranger Too and Don’t It Drag On, references I will return to. There is some pretty violin background provided by Ian Kennedy on this track.

Third What It Might Have Been is a sweet, slow blues with Smither in empathetic voice, and Jimmy Fitting playing – wait for it – a fitting harmonica. Apologies. The upbeat Country blues of fourth track What They Say combines more of Smither’s fine songwriting talent [the album is entirely self-penned] with Suhanin, Kennedy and Fitting all providing their continued superb support.

Fifth All We Need To Know is another slow and brooding song, beautiful poetic lyrics and virtuoso guitar picking adding to its gravitas – thundering drums and sustained cymbal strains playing their parts.  It’s a perfectly balanced album as sixth track Make Room For Me brings in its bright blues stomp. Seventh I Feel The Same is a welcome reprise for one of two superb songs from Smither’s 1972 album Don’t It Drag On, the additional harmonica and other band elements giving its differing sound; also in ’72, Smither’s vocal had a light warble whereas now it is much deeper and, as they say, lived-in. The other track reprised from this early album is tenth Every Mother’s Son which tells the gorgeous though haunting story of a son who buys a gun and goes on a shooting spree. Again, harmonica and Suhanin harmony provides a nuance to compare with the original.

The album ends on a raw, demo-like and foot-tapped song Rosalie that at the end has Smither recalling he wrote  it ‘35 or 40 years ago’, and the chair creaks as he adds ‘I haven’t sung that on stage in years...years and years’ and it recalls the brilliance of seeing Smither play live where all his simple excellence in and enthusiasm for performing is so evident. This album is as good as it gets from an artist who has always been outstanding. 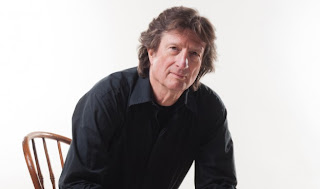