Joan As Police Woman - The Classic 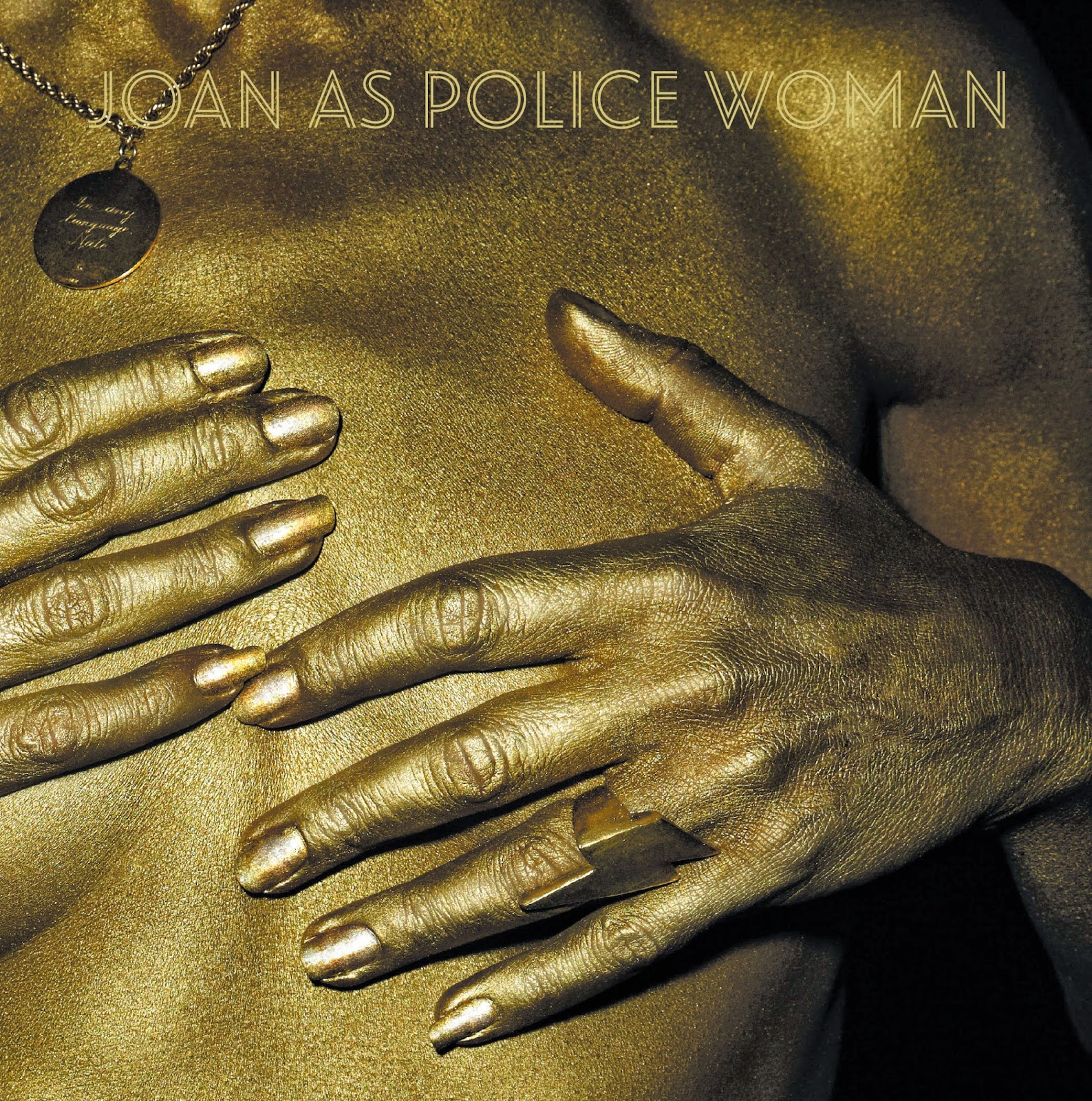 Whereas Joan Wasser’s first album featured downbeat, melancholic and beautiful ruminations, this latest and her fourth is upbeat, celebratory and yes, rather funky. What breadth! Of course the ‘classic’ of the title is in its soul and similar touchstoning, but it is still very much Joan as Police Woman patrolling now this broadening but signature beat – I think she might like that pun, just a little, as she seems to have a sense of humour. 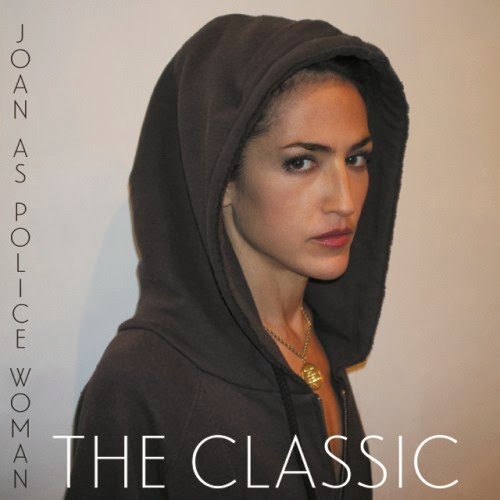 The signature vocal tone comes across in second track Holy City, though this song equally showcases her sergeant’s stripes as it dances down soul streets with authority: vocal and horn and bass stabs burst in and out of the classic soulful harmonising. The a cappella doo-wop of The Classic itself demonstrates that humorous side – not that this is a piss take, but it does remind of Frank Zappa’s joyous doo-wop playfulness: the beat-boxing on Joan’s approach bringing us from those past historical points to the present.

The slow, meditative mood and tone of her first album gets a recall in fifth track Get Direct, and I do like the deliberateness of her vocalising on this and her starter work. The next two tracks, What Would You Do and New Year’s Day, also reflect how this isn’t a soul album overall and more of what we would expect from Joan [with some great production on both, respectively psychedelic expansiveness to haunting restraint], and then eighth Shame reignites with its more funky inclinations. 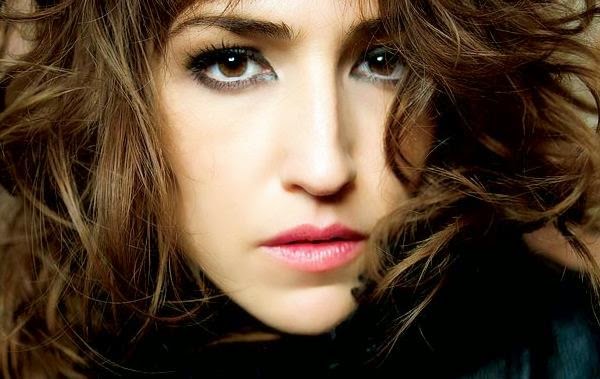 The album closes on the reggae flavoured Ask Me, so pulling in one other classic genre and influence. For me – I trust clearly by now – the inference in the album’s title applies to both those other influences and the style Joan Wasser as Police Woman has made entirely her brilliant own. And it is precisely this brilliant individual quality I am so gutted to be missing as she plays Exeter this month – when I am in the States visiting family. I wouldn’t swap that clash at all, but it is amazing that someone I have admired since her first wonderful album will be playing so near and yet I will be missing this. 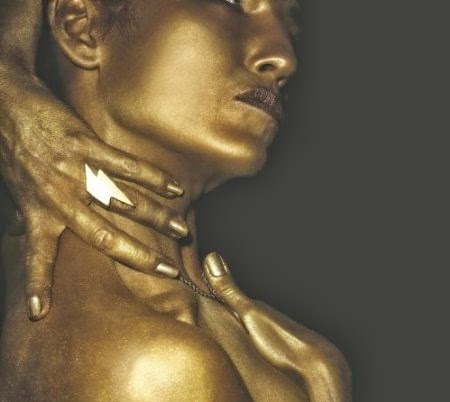 Email ThisBlogThis!Share to TwitterShare to FacebookShare to Pinterest
Labels: Joan As Police Woman - The Classic

With acknowledgement to the photographers/compilers, the Guardian is running an article today, linked to Google Street View, that places iconic, or at least familiar, album covers from the past in their same but present locations. Not convinced the Guardian examples match up to what has appeared before, some of which can be found here. Compare these two: the first from the newspaper, the second by the photographer Don Hunstein - 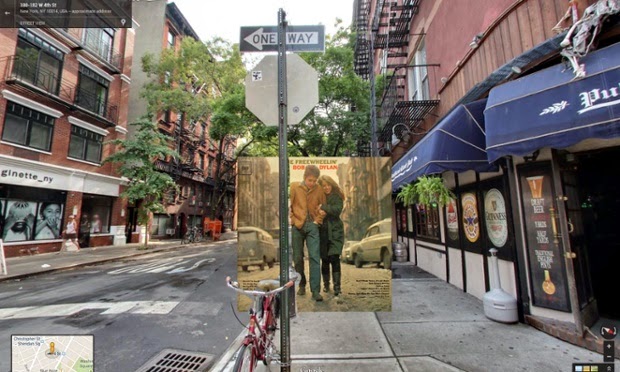 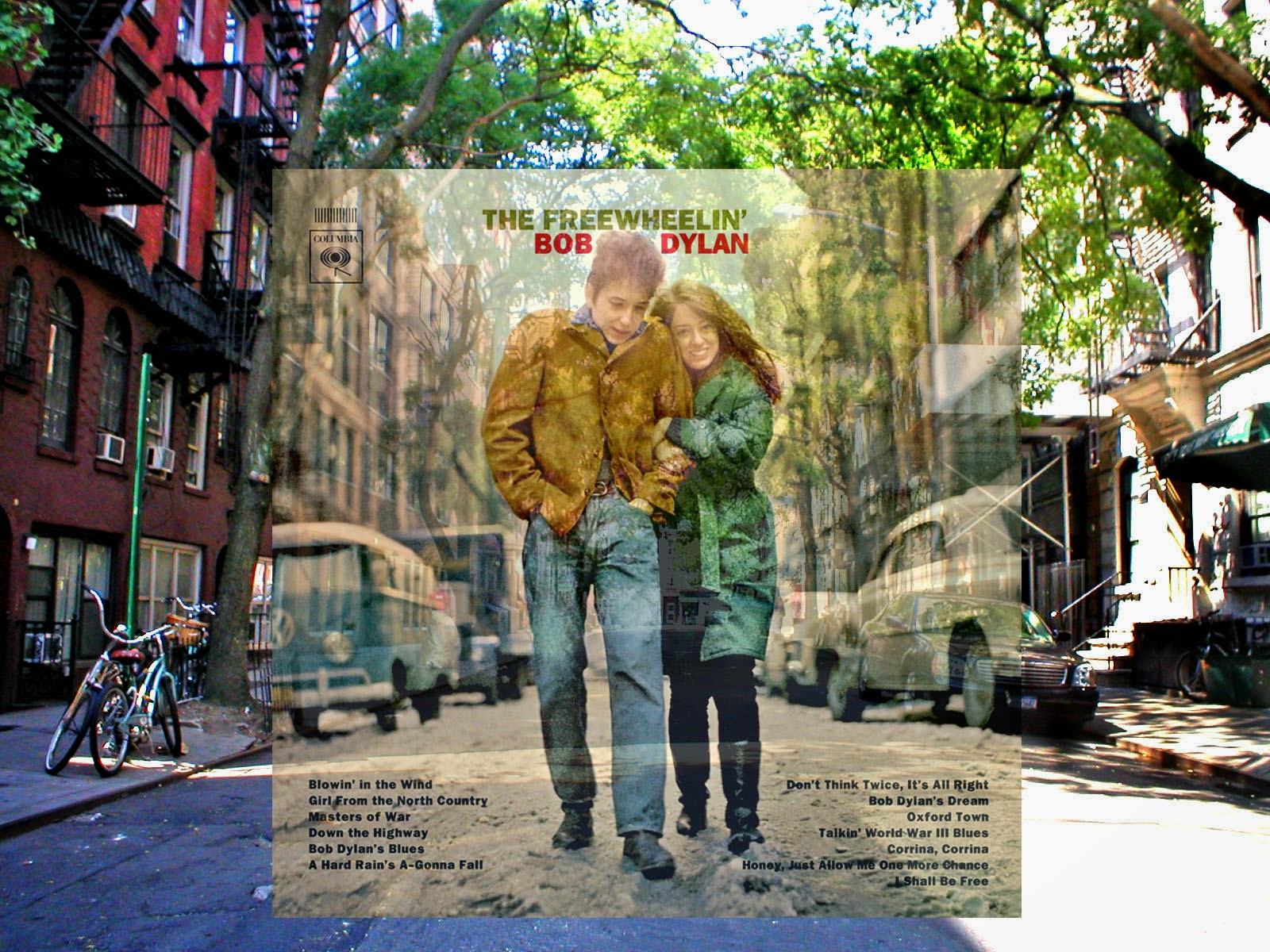 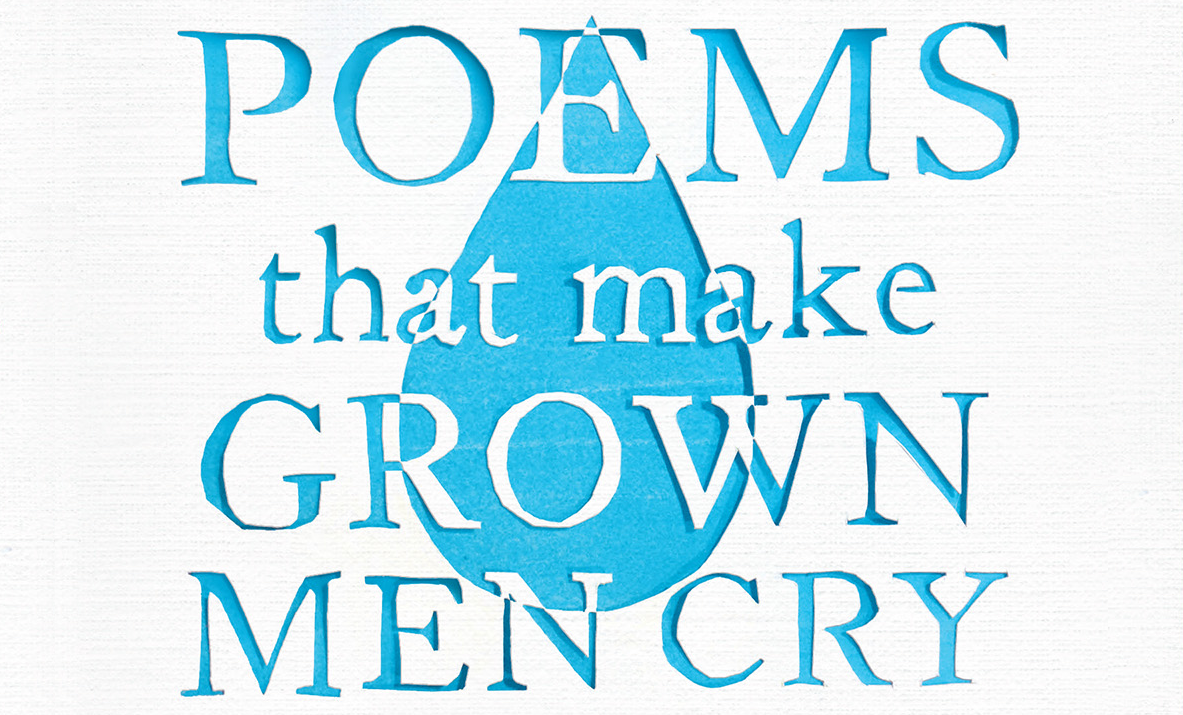 The Observer published today in The New Review an adapted version from Anthony Holden's preface to Poems That Make Grown Men Cry, his anthology published this coming Thursday by Simon & Schuster.

It's not as clever a title as Real  Men Don't Eat Quiche or Men Are From Mars, Women Are From Venus, but it does perhaps in its literal way attempt to speak up for the sensitivity inherent in the male gender - or at least those men who read poetry.

I've got a few that can turn my taps on, but I'll just mention three: the first by Peter Porter which I previously posted here, the second by Seamus Heaney that I previously posted here, and this third by Ray Carver, which is a fragment from one of his last ever pieces of writing. In many ways the poem is so sweetly positive, but it is the fact it was written as he was dying which always foregrounds the pathos for me -

And did you get what
you wanted from life, even so?
I did.
And what did you want?
To call myself beloved, to feel myself
beloved on the earth.
Posted by Some Awe at 23:01 3 comments: 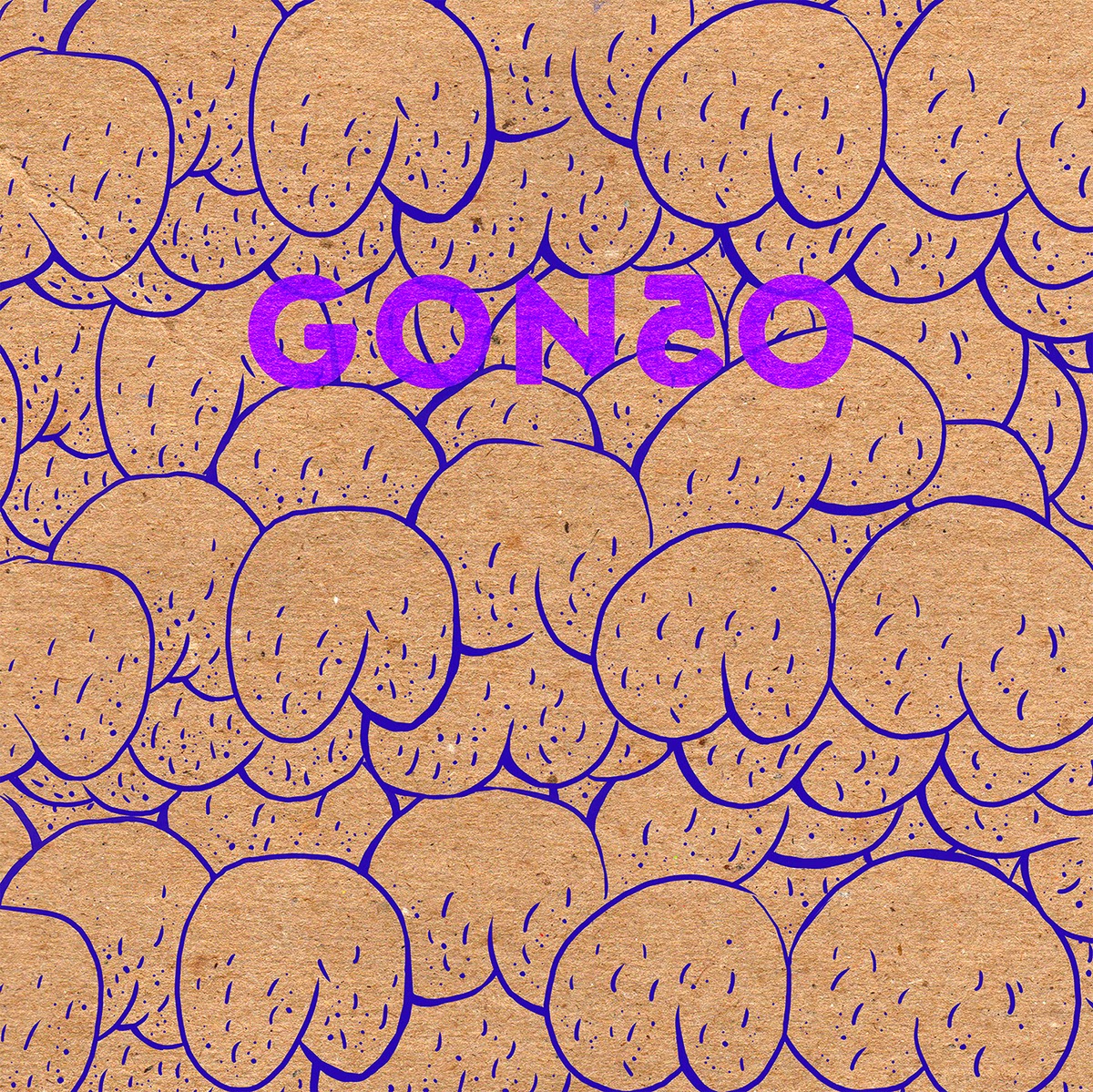 E Before F For Gonzo

Cincinnati band Foxy Shazam has just released their latest and it can be downloaded for free here. That is a massive bonus for a record that deserves to be heard for all of its various fuzzed, synthed and jazz-pumped verve and energy. The album is an absolute stormer, Eric Nally’s distinctive, high-pitched voice fuel-injected with plenty of trumpet surges and tight vocal harmonies. It’s the theory of Blood Sweat and Tears filtered through pop and electronica sensibilities to arrive at the here and now, but that horn-link intact. And it might be because I’ve recently been listening to them, but there is also a hint of The Sensational Alex Harvey Band in a track like Have the Fun, and it’s all in the fun of the performance, and of course that consistent energy. The nearest to a ballad is the sortof nu-soul of In This Life which slows things down a bit, the trumpet here soothing rather than punching, and Nally’s vocal takes on a fair bit of emotional angst in its delivery. E comes before F in more ways than one: Excellent and Free, and you’d be an effing fool not to. 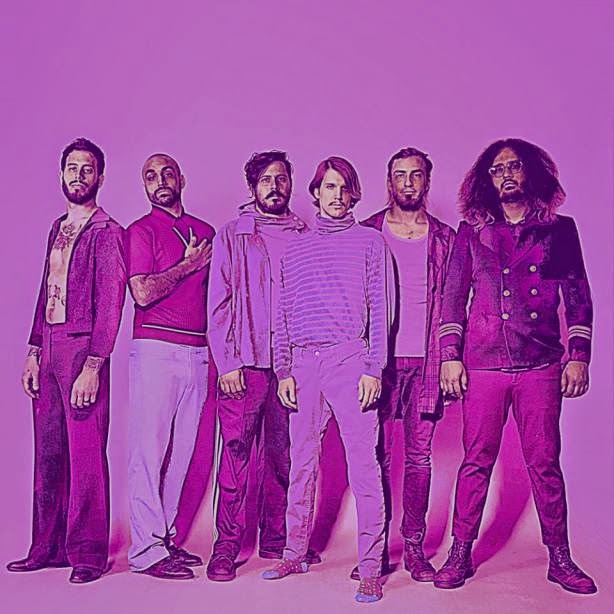 The new Curved Air’s new album North Star is a mixture: new and old and covered songs; dynamic and sweet and not so successful songs. Seeing them live recently, the one indisputable fact is they are an excellently tight band, and Sonja Kristina can still sing powerfully and beautifully as she did when starting so successfully with the band’s first album back in 1970.

Opening track Stay Human is riff-driven, with guitarist Kirby Gregory offering the start of many fine guitar solos on the album. Second Time Games provides the first of the jazz-infused numbers, with Paul Sax on violin – a key, scrutinised role as he has replaced original violinist Darryl Way – and to the fore, and Kristina’s vocal is more ethereal here than on the opener as it rides in tandem with guitar and keyboard, though also soaring powerfully at times: no vibrato-overload [more on this later]. Her repeat of the word ‘Time’ echoes Curved Air familiarity, and that’s what one inevitably listens for.  Gregory again pans out a fine solo. Keyboards are jazz-busy in the undertow and Paul Sax’s first real outing gives us classic, classical melodic lines.

Next Puppets is the first of three reworkings of Way/Kristina penned original Curved Air songs, this from their Second Album, and it is successful [despite my initial reservations on knowing these were on the album] with sweet self-harmonising by Kristina. Kept to a slow and even pace, the melody is allowed to speak for itself and it always was and still is a beautiful song. Violin and piano close it prettily. Fourth Images and Signs has military drums in the regular opening beat, then it is geared up to another relentless beat. Impressionistic lyrics of  The silver tongued boy and the golden eyed girl/Deciphering symbols in their virtual world suggest rather than explain, but that’s not a new trend. I like the piano break with Robert Norton on keyboards which slows the song down before winding back up to the core rhythm and beat.

Fifth Interplay presents Paul Sax with a strong melodic line on violin: the strongest new song overall I think. Gregory’s solo here is wonderfully wah-wahhed and fuzzed and sustained so. Sixth Spider is a jazz fusion instrumental that opened the live gig I saw: happy to hear much more like this. It’s a scorcher with violin al la Way’s take on Vivaldi. Next in this chronological account is Magnetism and I wasn’t initially sure about the opening staccato talking - the spoken poetry of marginally pretentious lyrics

You attract and you propel
Orbiting between the poles
Of sub-atomic worlds
Radiant and full of grace
Smiling, mesmerising gaze

but this provides a contrast to the eventual sweet melody of the song, and some more psychedelic delivery of the lyrics. It is a song with some clever complexity to maintain interest. Gregory on guitar solo again is excellent.

The album takes a downward turn for me from here, though not completely. Eighth Colder Than a Rose in Snow is a reworking of a song Sonja has recorded solo and is rather twee for me and allows Kristina here to indulge her vocal vibrato too much. Like trying too hard. This song takes prettiness to excess. Ninth Spirits in the Material World is a Police cover and its lyrics sound remarkably heavy-handed in the vocal clarity and slowed pace of Kristina’s delivery. I’m not interested. Old Town News follows with more Kristina vocal vibrato tendency. Not the strongest of the band’s self-penned numbers which is why, presumably, it’s nearer the end.

Eleventh Situations is the second Curved Air revisiting from first album Air Conditioning. It is very similar to the original, Kristina’s vocal demonstrating strength hasn’t waned across the years. The other survivor from the original band, drummer Florian Pilkington-Miksa, provides a signature military snare that leads into Kristina vocal perfection.

Twelfth is Chasing Cars by Snow Patrol. Why?

Penultimate number is Young Mother, again from Second Album, and is another ‘straight’ version. The vocal is exact; the violin solo more original [I really mean different to Way’s original]. Gregory’s solo is great once more; Robert Norton recreates the original and distinctive synth sound. The closer is a Beatles’ cover, Across the Universe, and it is subdued version and I don’t really know why it is here.

As I said at the outset, it is a mixed album. But for this fan from day one in 1970, it is always good to see any incarnation of the band, and I think this album is strong enough to tell us that talent endures – and I have the strangest feeling that I have said this before, and about Curved Air. Must be true then. 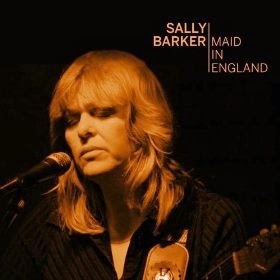 This is a solid folk-infused album by the singer from The Poozies, who I don't know at all, and as far as I can make out, has also appeared on The Voice, but I wouldn't hold that against her. She certainly possesses a classic folk voice in its clarity and rich tone, and there is excellent instrumental and other vocal support on all tracks which apparently were some years in the making, and which have been re-mastered for this latest release. The title track is an upbeat and celebratory song with both a feminist and patriotic playfulness, evidenced obviously through the lyrics and also the punning title. 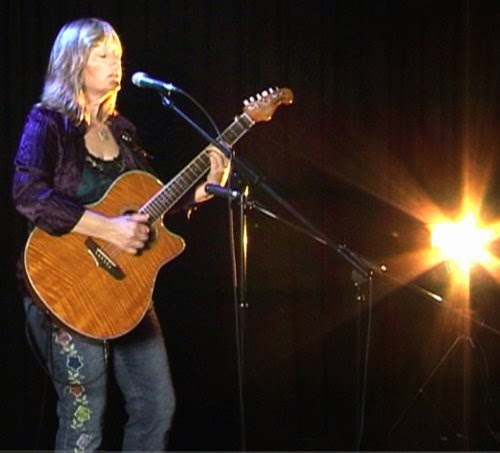