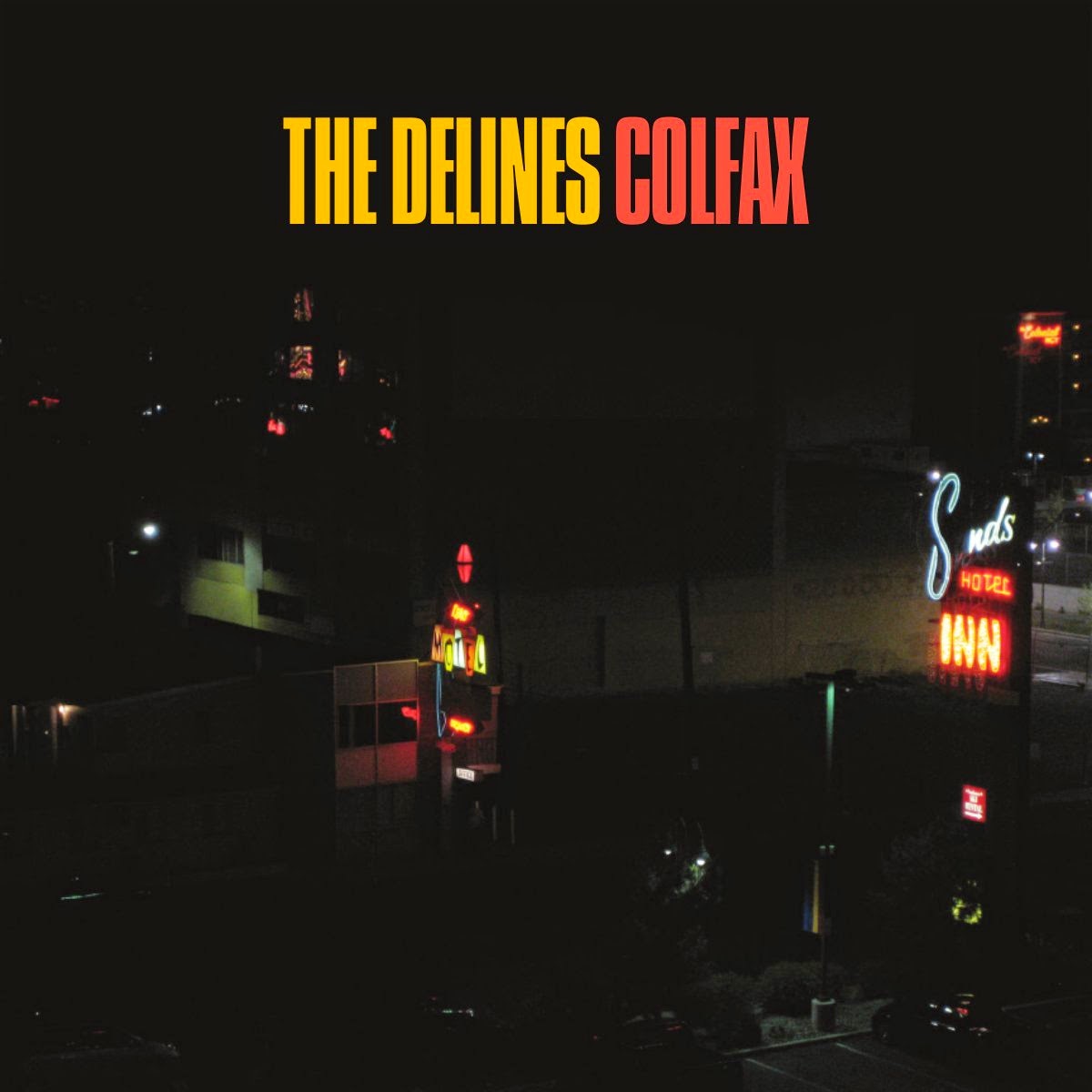 Two of the latter songs on this album by Willy Vlautin and his band The Delines sum up its central theme of people with a desperate, or even knowingly empty hope for a better life. Whilst the stories of each of these two is told by a separate female persona, every female persona across all of the 11 tracks is linked by their shared sense of ennui, a collective everyperson of accepting despondency – made beautifully plaintive by the haunting music through which Vlautin carries these tales and the sweetly lamenting voice of Amy Boone who sings their narratives.

Seventh track State Line exemplifies the brisk musical vignette in every song, and here the stark message is presented in the line my whole life can be seen in one scene. That scene is relayed as the time when she was a young girl of 15 and left home having stolen her folks’ car and made it as far as the state line, this a metaphor for the boundary which prevents all of us from moving away and beyond whatever it is that stifles and diminishes our lives. The narrative is reflected through her life now as a 44 year old woman who never made it away and beyond in all those years since that teenage attempt, where she feels everyone else is blurring by in their better lives, unable to grasp [as all these vignettes tell us] that no one actually escapes – it just seems so because one has to believe it is possible. The most despairing line in this song is how the teenage attempt was prompted by the realisation that she should leave with the certainty of a life doomed to drown in that house or to drown in the world. And we know the outcome as the song closes on the repeated line stuck on the state line.

Eighth track Flight 31 presents a different but equally transient mode of transport and fruitless means of escape. The persona here imagines how her travel to a lover’s arms in a different city embraces an effective break because it won’t be long now…probably over Toronto….it won’t be long now….I’ve been drowning for years now, I’ll just drown in your arms and the hope for change and something better is anchored by the more obvious connotation of ‘drowning’ when first sung rather than the romanticism of the second reference.

The slow meditative musical backdrops for these two songs have been played at this empathetic pace from the start. Album opener Calling In begins with slow strummed guitar then slower pedal steel painting the backdrop wistfully when our first persona of the many begins her story, this time about a couple who decide to stay at home from work by calling in sick to stay in bed and watch the day fade, trying to escape the ordinariness of their lives and as slaves to precarious, unrewarding occupations.  The music has a long slow pan again, as if the despair/resignation has nowhere to go, and then the declaration, so full of that empty hope, gets posited with darkness ain’t such a hard road, let’s never go back, a repeated line, any tentative conviction there is lost in the repetition of the musical surround.

The semi-title and second track Colfax Avenue is told by a wife who gets a call at home about her hurt brother and then tells how she goes out in search of him, leaving husband and kids at home – the familial tie of siblings made stronger by his apparent vulnerability. She searches the alleys, the liquor stores and the bars they still let him into after he returned from being in the army where she can only guess helplessly at what happened to him - in the army what do they do? – and now she can only worry that nights can be so long and it’s so cold outside, he’s just a kid and he’s seen too much, he’s just a kid. This narrative is so Carveresque in the nothingness of where the story goes: there is no ending, it just is. There is no resolution

Third track The Oil Rigs at Night has an opening line Golden lights on the oil rigs at night that paints a seemingly poetic picture, drawing our female persona this time to something meaningful that seems to shimmer there. However, we learn that her husband works on those rigs - 23 more days he’ll be away – and she contemplates leaving home before he returns, her connection to him now just an endurance having been childhood friends, but any spark blew out if it ever did exist, the scenario of where she might go and end up as an even emptier reality offering the simple – though dark – solace of difference, but the line at least I won’t be cursed adds bleak layers to that familiar pang of feeling trapped by ordinary life.

The fifth and my favourite track I Won’t Slip Up is yet again a tale of leaving, no matter how fleeting or far: the escape is all that matters. Here we have another younger female protagonist, not yet fully buried in her life and trying to tell herself – and those probably too knowing to listen and believe – that she has her hopes and ambitions in perspective and therefore control:  It’s Friday night and I just can’t stay at home and I know your shift starts at midnight…so come on, come on…hey Ray, could you give me a ride into town….I won’t slip up, I won’t slip up…..  She wants to momentarily escape as far as Lombard Street….have a couple of drinks…. I get so tired of people worrying about me. It is a clichéd but all the more real for this tale of a mom who lectures her and a boss who out of daily and endemic mistrust checks up on her work [checks the till]: her life is constantly and diminishingly monitored/measured by others. The repetition of the promise I won’t slip up is so achingly doomed, the melancholic organ and pedal steel fading out empathetically with that hopelessness. The pathos is so painful, truly painful. It is a beautiful tune, that organ tone somehow so apt, and it is this balancing act of the music and the stories – the sweetness and the pain – that makes this album so paradoxically uplifting. I think it is so because there is an honesty in the observation, and because of that there is hope in the listening. At least someone understands and someone is telling the stories for others to engage with and hear. 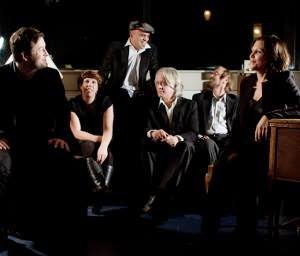 Email ThisBlogThis!Share to TwitterShare to FacebookShare to Pinterest
Labels: The Delines - Colfax review 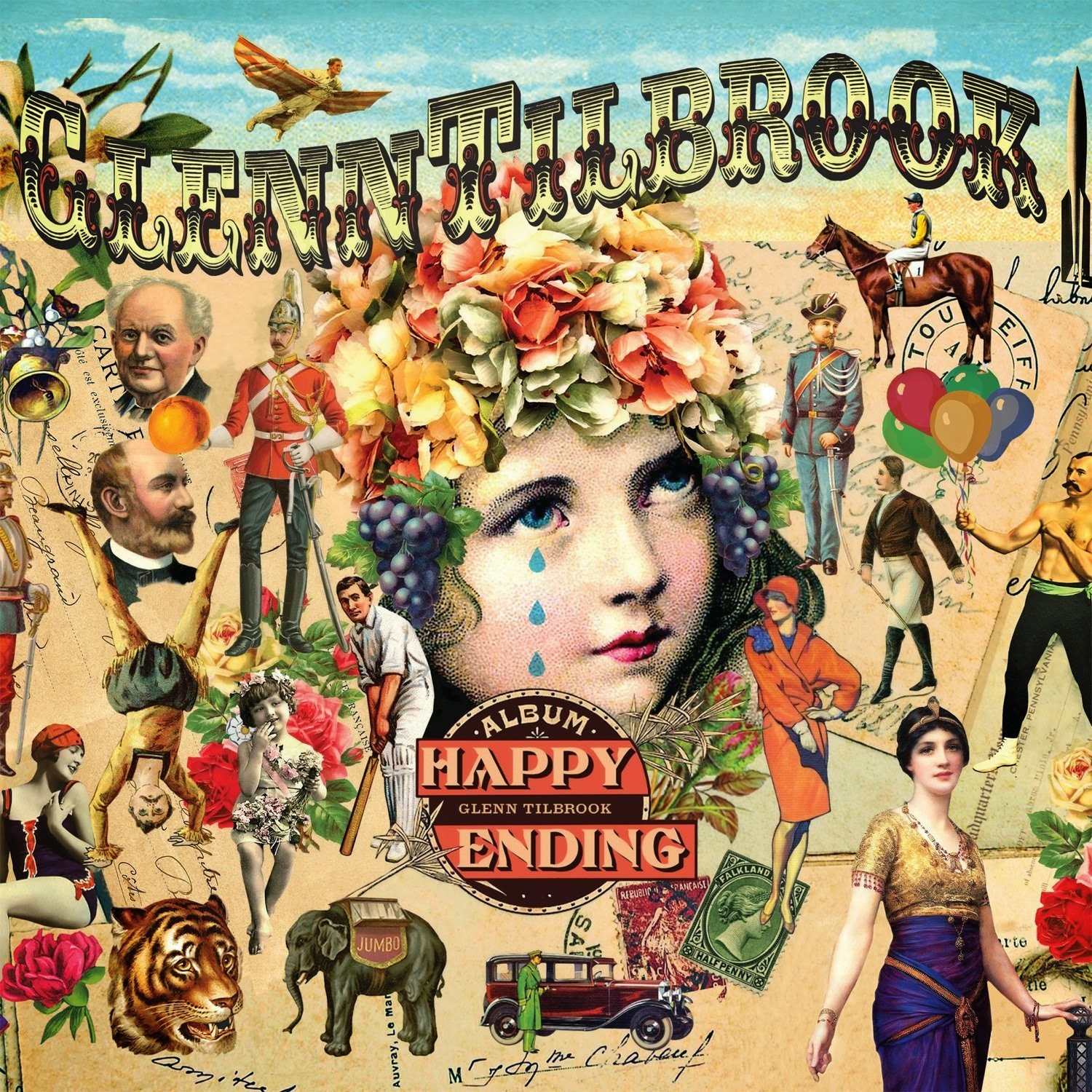 Glenn Tilbrook’s fourth solo album is a clever pop collection, some melodies reflecting what the casual Squeeze listener [thinking of myself] would expect and appreciate, as well as nods to other familiar precursors.

If you like names, this will engage at that simple level, with tracks titled Ray, Persephone [OK, this one is less everyday], Rupert, Dennis, Bongo Bill, Kev and Dave, and Peter. Like you, I know many of these people very well indeed.

The album is at its strongest at the start. Opener Ray is most Squeeze-like in establishing its pop chorus-hook, the acoustic guitar and popping percussion driving it brightly. Second Persephone begins with a Tyrannosaurus Rex Deborah-like guitar and reverse voice and Mickey Finn percussion – all embellished with accompanying orchestral strings. Third Mud Island continues this triplet of late 60s pop-culture reference points: here, sitar and tabla providing the Eastern influence. Fourth Rupert opens with an acoustic guitar riff which is again, I think, T-Rex inspired/pilfered. Fifth Everybody Sometimes returns to Glenn’s Squeeze roots, his vocal here as elsewhere in fine fettle. Sixth Dennis begins with another seemingly plagiarized acoustic guitar riff that is so familiar, the beginning of The Who's Dogs.

It is all delightfully listenable. 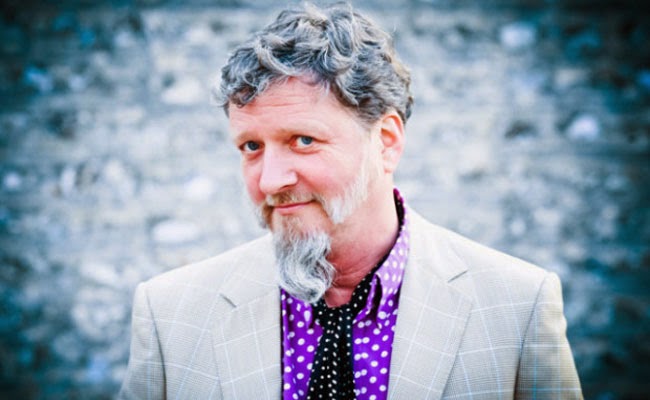 BBM - Around The Next Dream 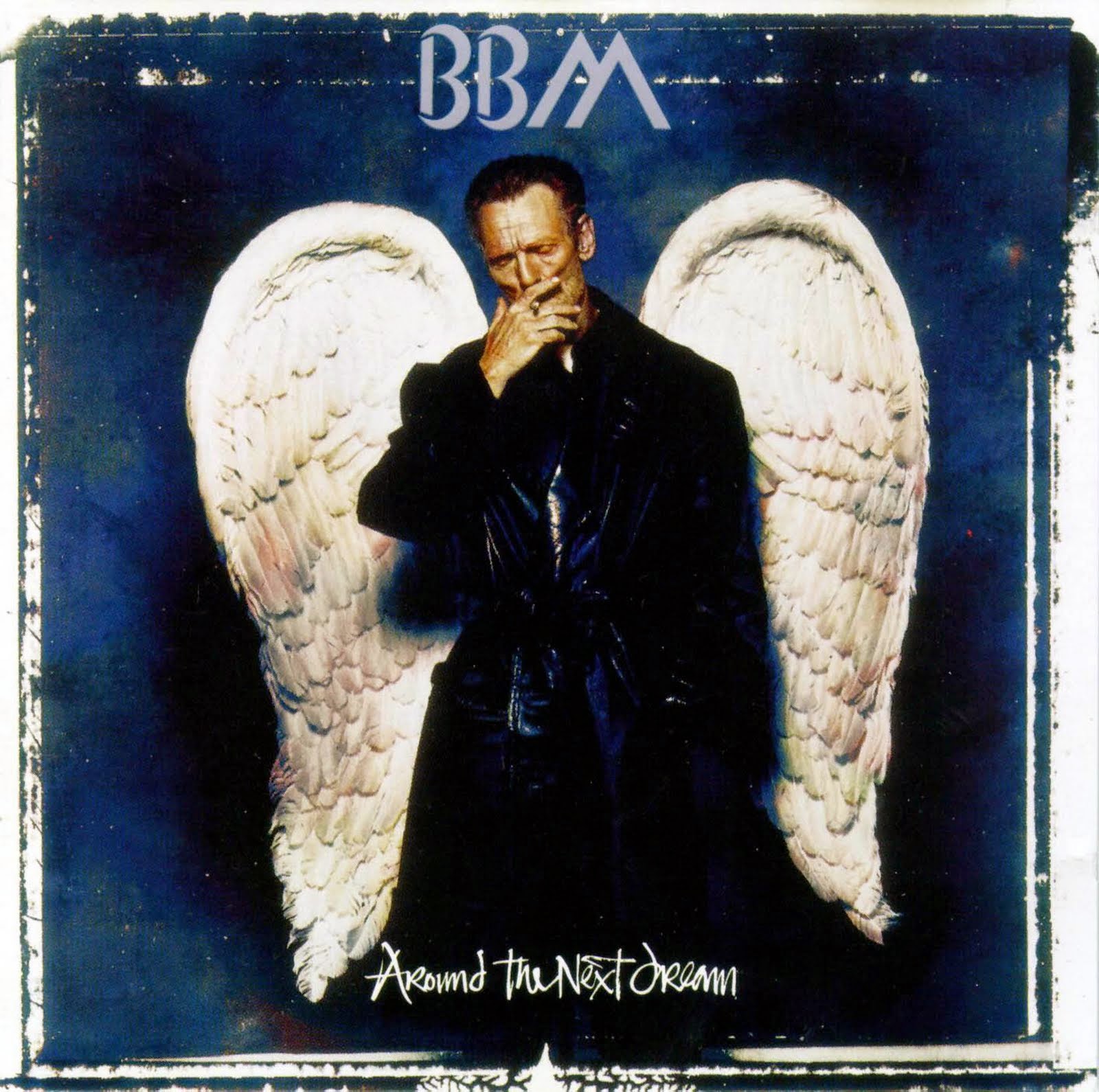 We're taking it as read here in our awe of Jack Bruce as an outstanding musician of his generation that it is his work in Cream which defines that genius, and whilst solo work - see previous post - and all since refined, expanded and explored, it is that power trio of all power trios which occupies its and Bruce's zenith in the musical peak of rock history. Indeed, since Bruce's sad passing yesterday I have been mostly listening to Fresh Cream, one of the very first albums I bought, as well as a smattering of early live Cream. All that said then, I am currently listening to BBM - Bruce, Baker and Moore - and their album Around the Next Dream from 27 years after that Cream debut in 1966, and it is of course another power trio. Not pastiche certainly, and not needing comparison at all though this has been inevitable in writings on this incarnation over the years, what we get is largely punchy blues songwriting from Bruce and Gary Moore, and Jack is again supreme on vocal as well as bass. Opening two tracks Waiting in the Wings and City of Gold are the most Cream-esque, whereas third Where in the World is most reminiscent of Bruce's subsequent solo work. Otherwise it is rock-blues that dominates, and Moore tends to take a centre role. A great video of BBM live in Germany/Rockpalast in 1993, here [though excelling on Cream numbers....!]. 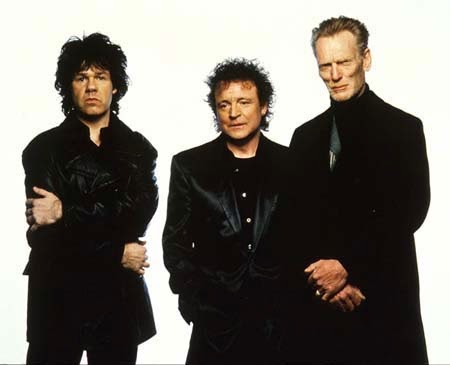 Email ThisBlogThis!Share to TwitterShare to FacebookShare to Pinterest
Labels: BBM - Around The Next Dream 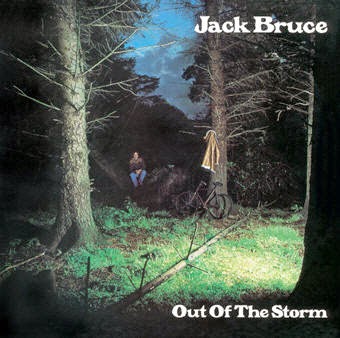 If you want virtuoso bass lines, listen to Keep on Wondering on this album, especially the bass and harmonica duet in the middle, and Keep It Down with its power bass, but the album as a whole is a stunning showcase for Bruce’s glorious vocal range – here pushed high – and his songwriting prowess, predominantly with partner lyricist Pete Brown. This is Bruce pushing solo musical boundaries – not quite the jazz that was his spiritual home, nor a blues base – but expansive rock and rock ballads, these latter simply beautiful in their melodic richness, like Golden Days especially, Running Through Our Hands and the acoustic guitar into piano led One that rises into such vocal heights. The album closes on Timeslip which itself closes on some scorching bass and Steve Hunter on lead guitar. 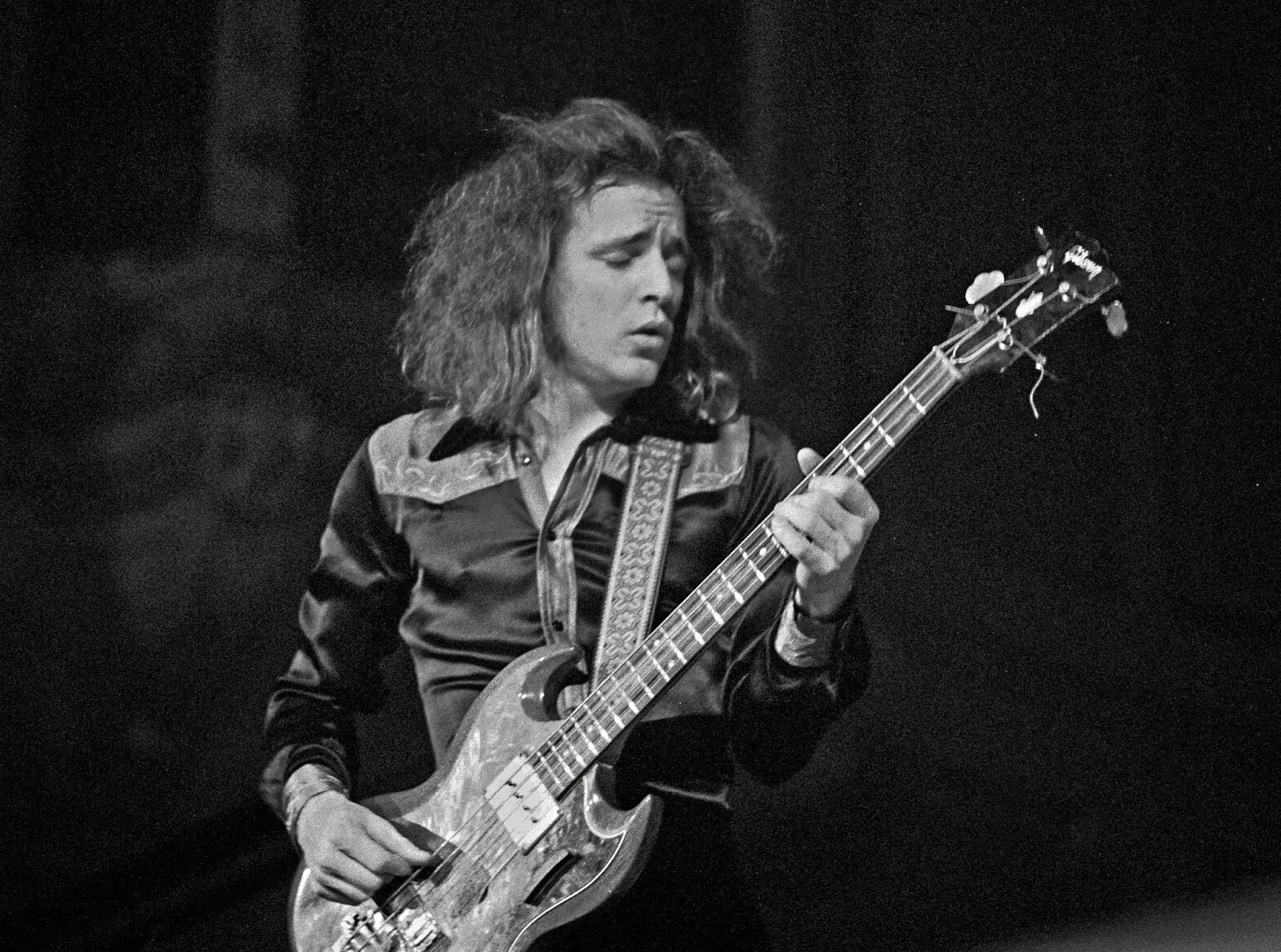