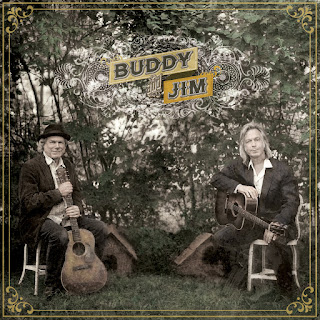 As the King of Entertainment impresario Bill the Shakes put it in promoting another great duets presentation, let not the marriage of true minds admit impediment. And now we get Buddy Miller and Jim Lauderdale with over 30 years’ close personal and musical friendship realising such an endorsement by joining their stellar talents to perform uninhibited on this celebratory Country album. Miller’s production and multi-instrumental dowry has added perfectly to the attraction of Lauderdale’s song-writing as well as sweet vocal harmonising with Buddy’s gruffer register.  This is showcased beautifully on the co-written lament That’s Not Even Why I Love You, and Miller’s signature echoed guitar-work layers its hurt with the pedal steel in another empathetic bonding. There is similar sadness in fifth track, the wonderful Julie Miller penned It Hurts Me, and these two ballads are the charming if melancholic offerings in an otherwise more musically upbeat set of eleven songs.

Opener I Lost My Job of Loving You is hardly upbeat in storytelling, but it is one of the grungier cuts, echoing the Americana grit of Steve Earle. It’s second track, Doc Watson’s The Train That Carried My Gal From Town, where the Country roots start to show, train-whistle fiddle and near-yodel harmonies taking us back in musical time. There’s similar in fourth with Bobby Charles’ Down South in New Orleans, Miller getting some gutsy twang from his guitar licks. The guys ratchet up the fun-factor with sixth track Vampire Girl where the pedal and fiddle hold their own glorious duelling. By now, the album has taken this more uptempo and traditional route, eighth Mississippi Sheiks’ Lonely One In This Town getting an Old Crow Medicine Show work-out. It’s clearly party time after the wedding. The shindig is confirmed, but with a reprise of the Buddy Miller, Julie Miller and Jim Lauderdale song Looking for a Heartache Like You, first recorded in 1999 on Buddy Miller’s album Cruel Moon. The album ends like any good wedding party’s closing with some riotous rockabilly dad-dancing to The Wobble. 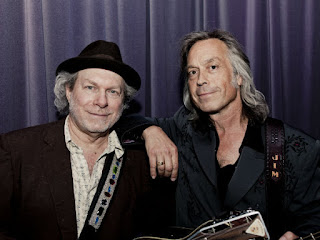