Jimmy LaFave - Depending On the Distance 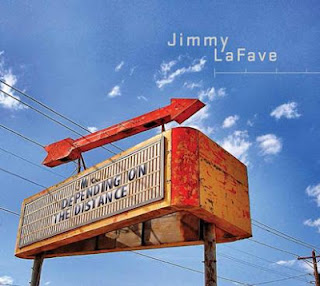 The opening track Clear Blue Sky has a timeless quality within the broad scope of singer-songwriter exemplar: it is a beautiful ballad, sung over guitars, piano and light drums, a slight waver in the vocal that breaks emotively now and then, and it could have been written by any of the great male singer-songwriters of the past four decades.

Of the three Dylan covers on this album, third track Red River Shore captures all that Dylan could ever intend in the unraveling of his great narratives. LaFave translates all that song’s lament for a lost love and the pain of dislocation with a slow plaintive empathy.

Fearless, LaFave also covers Springsteen’s Land of Hope and Dreams. Less anthemic, it adds another heartfelt nuance to a song meant for all who actually share in the need for those hopes and dreams. What an art to be able to carve a musical niche in such solid originals.

Red Dirt Night provides an uptempo country-blues to the album’s overall meditative whole. Even this is restrained, but the control is tight and precise. The duet with Tameca Jones, Bring Back the Trains, is another feistier song with a gospel lean. The other two Dylan covers, I’ll Remember You and Tomorrow Is A Long Time, get gorgeous treatments, especially the second where that slightly vulnerable vocal renders the most apt emotion. There is some beautiful guitar work on this latter song too.

The final track A Place I Left Behind seems to embrace the album’s main concerns with loss and leaving. It’s another melancholic layering of paradoxical calm, that sense of separation softened by the accepting, and of course the musical mirror reflecting so sweetly. 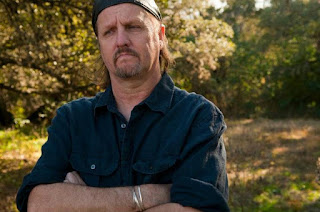 Email ThisBlogThis!Share to TwitterShare to FacebookShare to Pinterest
Labels: Depending On the Distance, Jimmy LaFave