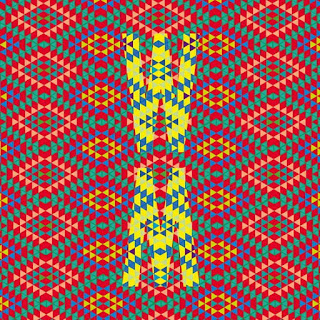 Swedish mystery ensemble Goat has produced one of the more dynamic and truly psych-eccentric albums of the year/for some time, exploring with World percussion, disco and the brashest guitar work, like Maggot Brainesque mayhem on Goathead where the female vocal tries to out-shout electric shriek and feedback until an acoustic calm washes on the sudden shore of its blitzed world.

Songs occasionally begin with spoken maxims, as on second track Goatman where an echoed American male voice intones there is a Creole expression ‘to walk together, where life is hard people depend upon and help each other so that man may pray together to praise the same moral principles and together reaffirm them’ and the song segues into its African beats, repeated female chant/song, and the first of the album’s wah-wah and then caustic guitar layers. Then there’s fifth Golden Dawn where an echoed female voice informs us, just after the harpsichord introduction, the important thing is this, to be able any moment to sacrifice what we are for what we could become, lines from Belgian naturalist Charles Frédéric Dubois.

Sixth Let It Bleed has a funky rhythm and freeform saxophone with indecipherable female vocals, whereas seventh Run To Your Mama has a Far Eastern percussive rhythm above a Black Sabbath guitar riff and the clearly audible, repeated sung line boy you better run to your mama now, not quite sustaining the album's toying with aphorism. Tracks like these - very entertaining - do not have the raw power of Goathead, and I would have liked more of that madness.

The album finishes on ninth track Det som aldrig forandras/Diarabi [‘it has never changed’?] where the harmonium and percussive rhythms merge their Far Eastern sounds with rural folk – a little funked-up rhythm guitar as well in the background – and at seven minutes long it does build into a synth-orchestral climax that appears to embrace, and perhaps postulate musically the genuine truism of the album’s title, World Music. 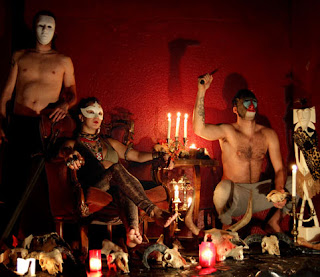