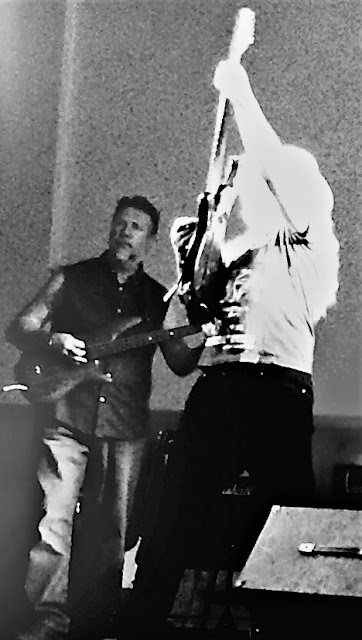 One: Lucy Rose – Somethings Changing. This was a close call. I had said, when reviewing, that this would likely be my number one of the year, but when I recalled David Rawling’s 2017 release, I had momentary second thoughts. Rawlings is always going to be a winner, and when I use my main criteria for judging an album as one I listened to the most, returning again and again, and the impact of the music, for example its newness to me and/or surprise, I confirmed it was this album from Rose. Seeing her live recently has helped in also confirming her fine musicianship as well as songwriting distinctiveness.

Two: Dave Rawlings – Poor David’s Almanac. Well, this can hardly be a revelation. I like in particular its ‘comic’ to West Coast range.

Three: Nguyên Lê & Ngo Hong Quang feat. Paolo Fresu - Hà Noi Duo. The playing on this is exquisite and stunning, but it was the vocal that so often reached such peaks of beauty and blew me away.

Four: Rodney Crowell - Close Ties. A career peak, though being honest I haven’t followed it all that attentively, but it seemed to me a wonderfully mature set of songs in the reflectiveness of the lyrics and in its consistently catchy songcraft. I listened to it often.

Five: Stephen Stills & Judy Collins - Everybody Knows. This and the next are driven by my nostalgic musical impulses and the West Coast anchor of that. A beautiful pairing here, Collins always sublime in her singing, and Stills’ gruff foil being the paradoxical perfect match a foil is designed to be.

Six: David Crosby - Sky Trails. Much of this is jazz-inflected, and wonderfully/typically so, but there are also a few classic Crosby sounds bringing his past excellence as singer/songwriter to its present continuation.

Seven:  Declan O'Rourke - Chronicles of the Great Irish Famine. Beautifully written and performed songs recounting one of the most appalling historical realities of political and social injustice. Stunning and moving.

Nine: Joseph Shabason – Aytche. That blissful marriage of new and traditional jazz elements [yes, I know what I am doing].

Ten: Willie Watson - Folksinger Vol. 2. This surprised me: I like bluegrass/country, this more ‘traditional’ sound, but Watson’s vocal is captivating in both its ‘old-time’ sound yet also equal beauty.
Posted by Some Awe at 18:39

Email ThisBlogThis!Share to TwitterShare to FacebookShare to Pinterest
Labels: Best of 2017