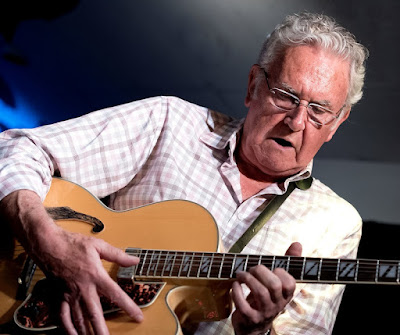 Covers included the Styne/Cahn I Fall in Love Too Easily, Earth, Wind and Fire’s After the Love is Gone, the Sinatra classic All the Way, the Duke/Gershwin I Can’t Get Started, with the finale an apt if surprising choice of College Boy, the theme tune to the TV programme University Challenge which Mullen playfully introduced as a shoehorn for the informed and jazz-educated audience.

Vocalist Zoe Francis sang a couple of songs too, and her interpretations, the first a Billy Holliday number, were wonderfully concise and fitting, conveying a palpable sense of the jazz era embraced by the whole night’s main musical focus. 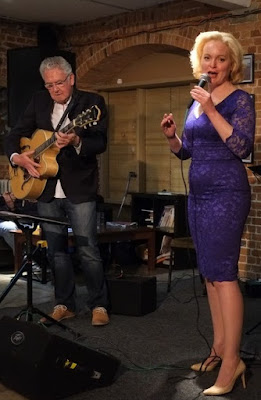 I have not been an avid follower of Mullen’s career, and being now honest in acknowledging my ignorance, was unaware of his work in the music of the 70s that I did follow, for example Mullen in the band Pete Brown & Piblokto!, especially his co-write and beautiful playing on one of my all-time favourites High Flying Electric Bird, and his time with Brian Auger’s Oblivion Express when I most likely saw Mullen playing at an early 70s gig at Ipswich Civic College.

Any look at Jim Mullen’s entire and illustrious musical career will show his status as one of the great jazz guitarists is well-earned, and it was a privilege to have this confirmed last night be seeing him perform so expertly, and with the support of that sterling band. A bonus was seeing him at The Blue Vanguard Jazz Club, Gipsy Hill Hotel, Exeter, which is a fine venue for such memorable entertainment.