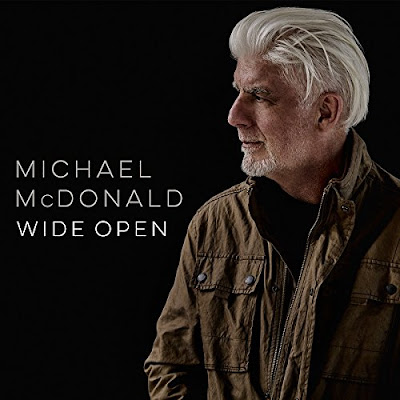 I’ve always liked Michael McDonald, from his Doobie Brothers days to more recent Motown covers, his jet-fuelled but also soulful voice a genuinely unique sound – that power alienating it would seem some in the history of his offerings, perhaps especially his duets that perpetuate pop musical melodrama, though I like all of this too.

I’ve been listening to his Motown covers quite a bit lately, much from live recordings on YouTube, and he has the capacity to take famous, favourite originals and give them that personal stamp which easily compares. That's quite significant.

This new album of original material is more of the dynamic same, and he has excellent accompaniment from the likes of Marcus Miller, Branford Marsalis, Warren Haynes and Robben Ford - horns and strings here and there as well. Opener Hail Mary has wife Amy Holland adding vocal harmonies and is an organ puffing, horn-dressed groove of a song. Followed by Just Strong Enough, the slow blues ballad timed by the every-8-beats snap of a drum-stick on the side, builds its instrumental accompaniment with guitar licks, horns and strings in an emotive rise to always try and match the innate pleading in McDonald’s vocal. They do meet up about five minutes into the nearly eight minutes whole, and it is now an orchestration of musical soap-opera, and I like this too.

Find it in Your Heart introduces the album’s first soft funk, leading to the vocal harmonising of sweet and rough that is his trademark, over-dubs layering. Half Truth has a bluesy harmonica with acoustic and slide guitars start, and then morphs into a heavier-set brood of a song. There is a mid-section of AOR and AOB [the B for Ballads] which is absolutely fine though not cracking open any safes, and then Blessing in Disguise is a vehicle for Marsalis and echoes of John Martyn Piece by Piece era.

Too Short is the penultimate track out of twelve at around 70 minutes and is a potent percussive and horn-hottish funk number. The album closes on Free a Man, written by Richard Stekol, and is the most wordy, and I haven’t been able to follow is all that well in its earnestness, but the opening line Say what you want about the gays, but the one thing they’re not, is afraid as a part of a declarative on the freedom of sexuality, gender and race is righteous enough if a little naff in its simplistic portraiture. This is a song that seems to get panned in what reviews I have read – not necessarily for the lyrics – but I like it for the intensity of its musical closing, a mix of Blood Sweat and Tears and Manfred Mann Chapter III with the horns, the wild sax, the electronic swirls and the guitar solo which is a jazzrockprog storm surge.

Vocal storm surge meets another: Does the sound of my voice still carry? Yes it does Michael. A fine album. 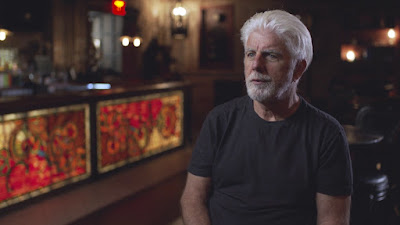