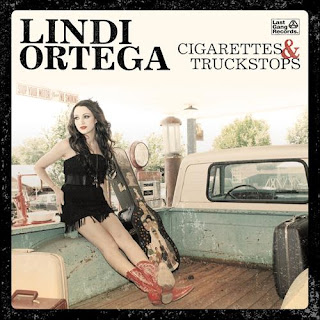 Relatively hot on the heels of debut album Little Red Boots, reviewed here in August 2011, Ortega’s follow-up Cigarettes and Truckstops is more of the successful same, her Partonesque vocal warbling its homage namecheck in the opening title track, a gentle country love ballad where she puns in the narrative’s recollecting, I’d hear Dolly singing, you and I were islands in the stream.

The following track The Day You Die is an upbeat country standard where the lyric You said you’d love me till the cows come home, well I’m hoping that they all go blind reflects the whimsy of this and other delights on the album, the double bass and guitar outro an additional musical witticism. Fourth Don’t Wanna Hear It rocks us to another place in Ortega’s rich vocal geography, guitars romping along for the ride. This terrain is revisited in sixth Murder of Crows, the acoustic slide guitar providing a classy blues support to Ortega’s echoed vocal swagger – she really can soar in such sassy singing.

The Dolly Parton resonance is most pronounced on seventh Heaven Has No Vacancy, but this is no mere repetition and Ortega’s voice is beautiful here, capturing a similar but distinctive clarity in pitch and tone. You can’t escape comparisons and reflections in such a long musical lineage, and this is all compliment in its mentioning. Indeed, next song High is a good example of Ortega’s individual breadth, this a folkish ballad and her singing having a whispered core before it rises to those crystal clear peaks in the chorus.

This is a classy vocal performance, a second strong album building on the excellence of her first. In the musical sense, those little red boots are getting much bigger. 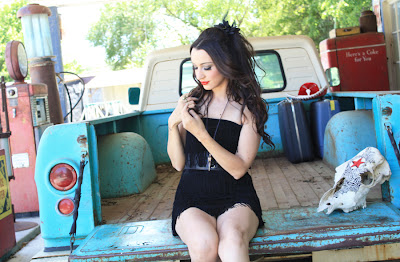