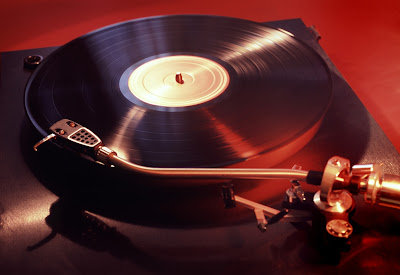 Timbo had given his job the heave-ho, or it had given him the short good-bye: whatever the bragging rights to a severance after forty years of doing things right, the boys would get together to toast his retirement and spin a few grooves of plastic whilst knocking back a sack-full of vino, beer and nuts. It was the least they could do.

Marti set the agenda out like he was the boss. Vinyl-meister my ass, Mikey thought, but it was his place and who was going to argue if he supplied the heat on a stormy night, and the glasses. But they all agreed that what was played had to be the real deal: records that meant something for whatever reason, and played on a deck rather than digitised and transmitted from some fancy-ass watch like Nikolai pulled a fast one the last time they met, showing off with his gadgets like he was raking it in with dumpsters.

Mikey started things off and tried to tell his stories but the other guys weren’t having any of it. Assholes. Yack yack yack they pressed his buttons, and he could have taken them all out then and there, but it was Timbo’s celebration, even if he was doing most of the pushing, so Mikey would play nice for the evening, even if the others wouldn’t. They’d all get the gist one day – just wait and see, he mused to himself. It was Hendrix anyway, and who was going to keep making a noise when that kinda perfection started everything off?

Marti played his cool jazz; Timbo threw those disco lps on the turntable, remembering his youth and all that hair and dancing; Nikolai played his crazy stuff: guys with their comedy routines or diatribes amongst the music. No one knows where Marti got his collection – probably did a raid on Ronnie Scott’s back in the day. Timbo ran his own discotheque years ago, playing at the bar mitzvahs and lifting wallets during the orations. Nikolai had his esoteric sources and most of it these days comes electronically from outer space.

Eclectic. That’s what one of them called the music played that night. It might have been pathetic in some funny-guy aside – who knows when everyone is drinking and having a good time, the music so loud the neighbours have called the fire brigade. Mikey kept a note of what they played, just in case there was a bust and they all went down. Someone had to know what it was all about. Someone had to be made aware of where it was all coming from. Someone had to understand just what these guys knew when all was said and done: