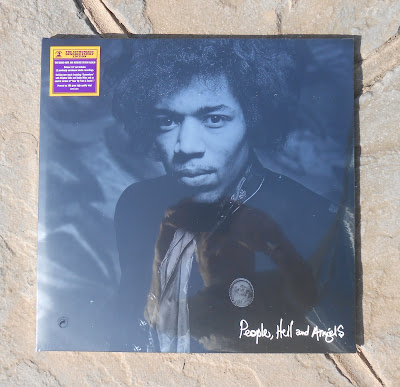 My vinyl copy arrived today and though the album itself isn't astonishing [well it is because it is Hendrix, a paradoxical theme of this brief post] I have been excited as if this was the first time, an urge to relive I would guess what it was like all that time ago.

I would regard myself as a significant fan of Hendrix, buying his first three albums as a teenager when they came out and being blown away all the time; thinking Hendrix on Woodstock was phenomenal: that pronouncement on the anthem, and then the pure beauty of the lyrical guitar to follow and see out the close of the film [a snippet of this as Villanova Junction being the last track on this album]; going downstairs to my basement bedroom in Oakland, Iowa - an awful small American town of small-mindedness trying to close me in before I escaped forever back to England - to cry my teenage eyes out the day he died, and his posters all over my walls still today. I think that makes me a genuine fan.

But I really haven't followed the industry of releases over the years; not even the albums post Electric Ladyland - I have them of course, but I didn't/don't listen or care for them as I do those first three. All of this really as a preamble to the fact that whilst I understand there isn't anything that new on this album as it's been collected and heard in various versions all over the place - it is fresh enough to me not having followed those years of releases [like the much 'bigger' fans than me have done]. But even though these therefore have that sense of the new by not being known [and therefore technically not astonishing in their 'newness' but astonishing because Hendrix is the personification of that adjective] I do genuinely like the raw simplicity of the playing, which in that simplicity is still......you know the word. 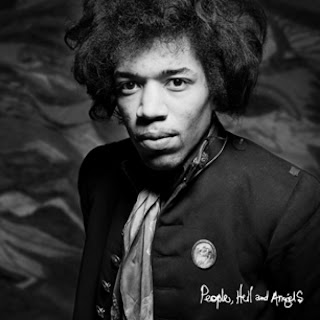 Not much need then to really review individual tacks, though I'll comment that there is a soul and funky feel to quite a bit, most obviously on Let Me Move You, and opener Earth Blues is brilliant just in the playing of rhythm guitar, and then second Somewhere is signature fuzz and wah-wah - and with Jimi in such fine voice, and especially in the mix - then there's Hear My Train a Comin' which is a thumping version, and a glorious solo - so I could go on and review, but there's no need, and I just enjoy being a kid again every now and then so that's what I'm doing in listening.