Petula Clark - Lost In You 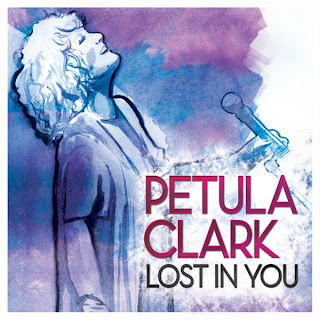 Yes, This Is Being Reviewed Here....

Well, in 1964, aged ten, and like thousands and thousands of people around the world, I thought Downtown was one hell of a song. When I can recall the impact such music had on me at that age, it says something about the song, obviously, but also my reception to being affected so musically at an early age [and I have mentioned similar regarding Oh Pretty Woman, also in 1964, and a ‘cooler’ song to reference as being memorable....].

Nearly fifty years later and aged eighty, Petula Clark has released her latest album, and my childhood attachment has kicked in its instinctive interest. Opening track Cut Copy Me is an excellent pop song, the production [autotuned perhaps] very effective in delivering a contemporary sound, the vocal certainly managed in some electronic way, but the acoustic beat and simplicity of strings creating a sweeping atmospheric tone: it is significantly more appealing than a host of other new and ‘young’ female artists plying their musical clone-trade – as a pop song.  Second and the title track is good enough too as a modern pop number, the vocal again managed for its modern sound. However, third, Gnarls Barkley’s Crazy reverts to Clark’s actual vocal – if that makes sense – and the clarity of enunciation seems at odds with the song as we know it, such a new version not adding a nuance to enhance. Indeed, that crisp articulation appears to struggle with the pace of words remembered from the original, and a sung ‘laugh’ in the lyric sounds theatrical.

Fifth track is a reworking of Downtown, and it as bad a version as it is an idea. The electronic pulse of its underlying rhythm, and the simple piano, seems to ape Damon Albarn and Richard Russell’s revamped sound for Bobby Womack, but without their clear success – perhaps not working for my prejudiced reliance on its original sound, but appealing to a new and younger audience?

The rest of the album is, not surprisingly, as one would expect of Petula Clark – conventional offerings of music reflecting backwards: again, good enough if you like and expect this [which is about as platitudinous as it gets I guess]. Two covers, Lennon’s Imagine and Presley’s Love Me Tender, are more in the conventional expectation vein, Presley’s song getting the worst karaoke spin, the whispered and clipped vocal once again veering to the stagey.

Not a focus or review I would normally write, but it has given me a chance to confess to my high regard for the original Downtown and all of the happy hope it suggested in 1964. If the sound of the first two tracks on this album could have been sustained, we could have had an album that achieved something genuinely interesting. As it is, there’s a danger Petula will be our next entry for Eurovision.... 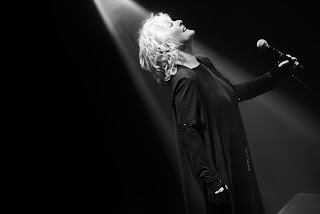 Email ThisBlogThis!Share to TwitterShare to FacebookShare to Pinterest
Labels: Lost In You, Petula Clark