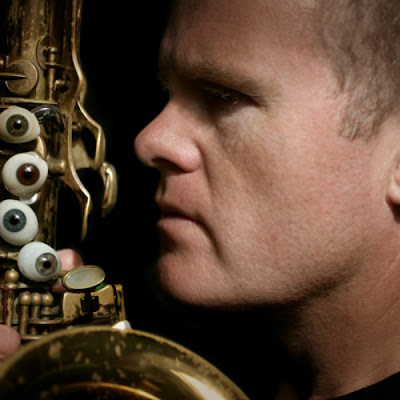 Jazz Revelations on the Curve

I went to an excellent Iain Ballamy Quartet gig last night at the wonderful Bristol Fringe and have spent most of today educating myself further on so many of the musical experiences I had there.

I knew a little of Ballamy, some from my YouTube research as I knew I was going to see him, and a little from memory of him being in Loose Tubes which I recall being a loud and lively jazz ensemble that I saw and recorded from a TV programme in the early 1980s. Last night he played a set of covers with a great trio in support – songs whose names I just can’t remember because of sieve-qualities in my noggin – but his playing was distinctive in its mellowness and the many rolls rather than outbursts that seem to be his style. There was a warm rapport with the fine support - Mark Whitley on drums, Percy Pursglove on double bass, and Jim Blomfield on electric keyboards – and each had moments of soloing that always impressed, not least Pursglove when he suddenly began to play flugelhorn [hadn’t seen that coming] and blew us all away [I know, I’m sorry….].

Indeed, this is where much of my further YouTube and other research went today: finding out about Pursglove and listening to music of his from Far Reaching Dreams of Mortal Souls here, as well as Blomfield and music from his Wave Forms and Sea Changes here, Blomfield delivering some knock-out solos during the night. Mark Whitley has been harder to track down, but his range of rhythmic foundations for last night’s music was impressive, including, as Ballamy praised so genuinely, his use of brushes.

What I liked particularly about Ballamy’s playing was the breathiness of it at times which reminded me of Benny Golson who I reviewed here recently. As I have said, there were no eruptions of sound but the virtuosity was in its delicate, maybe even understated gentleness for most of the time, though a long number that played on a pulsing staccato rhythm by all the guys was hypnotic as well as lively.

My further research on Bellamy today introduced me to his electronic work in the ensemble Food as well as Molecular Gastronomy. One piece Becalmed with a favourite of mine Nils Petter Molvaer introduced me to more of his extensive work across contemporary jazz work. It just seems such a privilege to see this kind of talent at a small and intimate gig in Bristol.

And this is where I will mention the surprise of the night but in the context of my abject ignorance. Norma Winstone was present and in the second set she got up on stage and performed two numbers with the band, How Deep is the Ocean and Lional Hampton’s Midnight Sun. 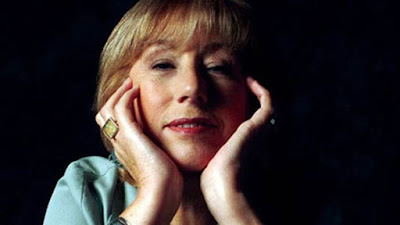 I hadn’t heard of Winstone and am quite ashamed to have learned today of what a jazz vocal legend she is, a contemporary of Julie Driscoll and clearly influential as an artist in the 60s and 70s and throughout her career. I am listening to her 1972 album Edge of Time as I write this, and I have been listening to other powerful work with Kenny Wheeler and John Taylor, especially Azimuth. And much more thanks to YouTube. Last night she did some trademark scatting, and now in her 70s, she displayed a sure tone and empathy with the band. On the one hand my ignorance is irrelevant as I couldn’t help but recognise and enjoy her talent, but on the other I would like to have known at the time what a privilege this was too on a night where live music entertained so thoroughly.

As I typed that last line I have been listening to the track Erebus from her album: astonishing! The vocal scatting and screaming within the big band crescendo is electrifying. One of the greats, and another line learned on the glorious never-ending curve.
Posted by Some Awe at 17:58