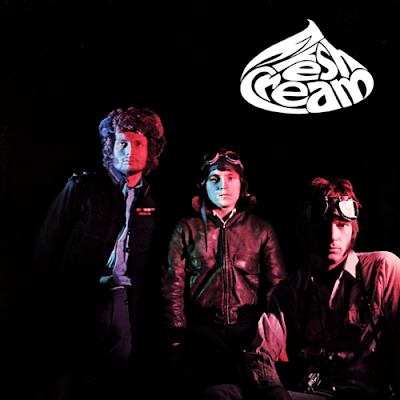 With a Nod to the Super Deluxe Edition, 2017

Apart from the persistent thundering drums, N.S.U. is in many ways a pop song, beautiful harmonies and ‘British Invasion’ vernacular lyrics [the simplicity of the rhyming] – though the guitar solo is definitely heavy. And that’s the timebomb ready for later in the album. Sleepy Time Time is a slow soft blues, pretty harmonies again, and by this second track it is obvious that Jack Bruce has a great voice, from pure to rousing: such power. When I first heard/got this album I was around 15/16 years old and hadn’t really heard authentic blues – apart from the MFP Blues Power album [I think that’s the title] – so this and subsequent blues numbers were a pleasing, melodic introduction. And Clapton’s guitar work continues to be deeply amped, not virtuoso, but crisp and loud.

This new extended release is bringing back the memories. Dreaming is pure pop, really. Some dissonant guitar making it a little peculiar, Baker a hoot on the drums, little cymbal runs quite delightful, in a comic way. It’s Bruce’s falsetto that is quite charismatic on this ditty. Sweet Wine returns to the running drumming that, as I recall, was quite an individual sound, and this leads to the first truly heavy and psychedelic guitar solo with the feedback and echoing, overdubbing, and the drums so busy within.

And then – and then – it is Spoonful. Again, I hadn’t heard the original or any other cover that was basic and raw as a blues. The harmonica and pulsing rhythm is an immediate, hypnotic appeal. That’s down to the simple brilliance of the songwriting, but this is also classic Cream, or what will be, presaging in many way Sunshine of Your Love.

I’m not entirely sure about my listening timeline on this whole album, and indeed Cream. Released in 1967, I know I won’t have had the album then, only just arrived in England. It took me a little while even then to move from my Four Tops and Wilson Pickett to buy Hendrix’s Are You Experienced. I think I saw the televised BBC 1968 Royal Albert Hall concert before getting the album. More to root this in a moment.

Cat’s Squirrel is perfect harmonica and guitar symbiosis, then Bruce sublime simply alright alright alright alright, basically an overall instrumental work-out. Four Until Late is a folk song, with blues harmonica, amped. Then Rollin’ and Tumblin’, white blues brought to the masses loud and scorched, and one suspects this was a song the trio enjoyed just jamming for fun to record. I’m So Glad is a lyrical tour de force in its repeating, pop elements there, Bruce at his crooner’s best [what a magnificent vocalist] and then Clapton ignites with the guitar, Bruce plotting the bass line all over the structure, and Baker filling all other spaces to each and every corner.

On the original album, Toad closes it, and I am sure that by the time I had the album and listened to this I had seen Baker’s extraordinary performance of this live in that BBC documentary, fag and sweat and hippy hair all a part of the marvellous mystique at that time. Of course, at just over 5 minutes on record, the track doesn’t capture the gusto of the song live. But there is a solo, and whilst it may have been the beginning of many more to the point of ridicule, this is legend, and rightly so.

I haven’t yet listened to all of the extended offerings on this 3cd set. I just wanted to revel in the revisit of the original. Anyway, the next track on this second cd, the ‘stereo mix’, is I Feel Free, and all that reminds me of is the TV car ad, one of the first to appropriate music never intended for such purposes, and now endemic. 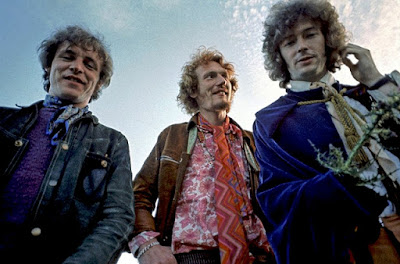