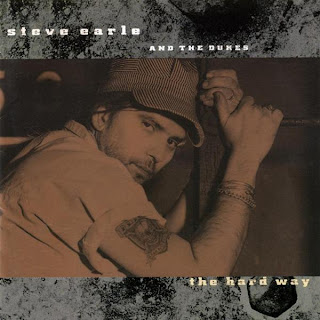 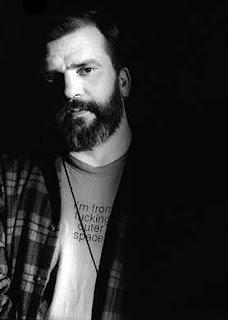 I first heard of Steve Earle on the excellent 'New Country' TV programme where he performed his song 'Billy Austin' which is posted above. It's a song I used in my teaching because the lyrics - simple but authentic - prompted discussion and writing at many levels. An obvious question was the 'why' to the decision stated in those haunting lines

I'd show the 'New Country' clip too because he looked so cool.

I immediately bought 'The Hard Way' cassette tape [and subsequently the vinyl] and have collected everything he has recorded since as well as catching up with previous work. I also had the great pleasure of seeing him perform some years ago in Bristol.

He is a consummate singer/songwriter, an astute political thinker and commentator, and a skilled writer. I rate his short story collection 'Doghouse Roses'.

It was listening today to Percy Sledge's cover of Earle's brilliant song 'My Old Friend The Blues' that prompted me to write this brief piece and post it. No doubt I'll put something on later like 'Transcendental Blues' to get my aural Earle fix.
Posted by Some Awe at 17:45