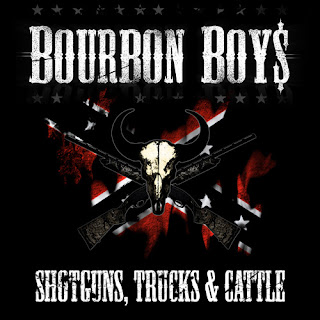 Just goes to show if you drink enough bourbon you can sound like one cool bunch of countrified assholes, even when hailing from northern Sweden. Apparently three of the four guys in the band more regularly play indusrial metal, but I guess the stimulants for that gig stopped working. I don't know. As a prolific bourbon drinker myself I feel a natural affinity for the band, but more for the titles of songs like Pour Some Bourbon On Me and opener Beast of Bourbon [Springsteen meets Waits and a smigeon of wit] rarther than the hillbilly sensibilities of the songs. Singer Par Hulkoff does have a seismic growl and occasionally reflected attitude [though on Country Highway, for example, the song and singing are unbelievably twee], and some day one can only hope he gets so bourbon blottoed that he changes the first three letters of his surname to Fuc. 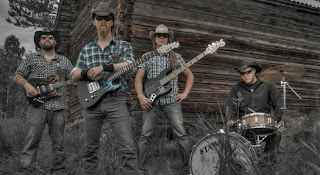