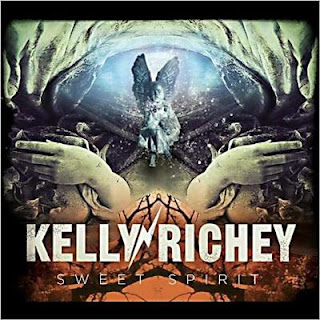 Kelly Richey’s power trio belts out an essentially bluesrock excellence in the Hendrix tradition [especially second I Went Down Easy with great guitar], this album entirely self-penned, and Richey’s vocal is a gruff warble neatly centred in the mix. Her guitar work is held in a mature restraint, mainly driving classic rock riffs and then occasionally, but not gratuitously, let loose to ride some feedback. It’s a tight ship. The opening four tracks sail the rocked waves, then fifth Everybody Needs a Change is a funkier slow ripple with nicely harmonised vocal. This is followed by a fiery Fast Drivin’ Mama, guitar-bow cutting back into a stormy sea of licks and foregrounding for the second time really Richey’s fine playing. Penultimate Dyin’ is a heavily echoed ballad gem, Richey putting more sweet sass than sandpaper into the vocal, a little reminiscent of Genya Ravan, and too short at just under three minutes. The album closes on a signature rock stomp Workin’ Hard Woman, neat guitar picks and the vocal working across its punchy range. Ten tracks of precisely controlled and skilful performance – this is very good indeed. 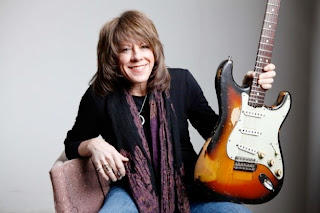