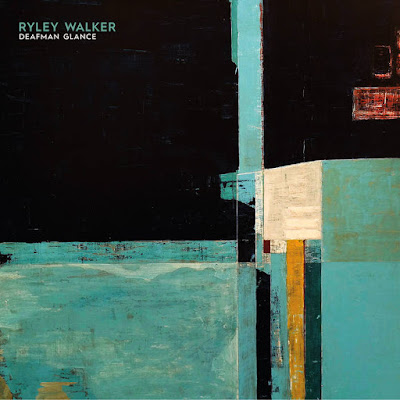 The ‘folk’ of John Martyn and Bert Jansch and similar has not disappeared, nor those echoing tropes, and in opener In Castle Dome, the slow dirge is graced by flutes that could have been backing for any of the names named and implied in this opening line.

So apologies as Walker rightly wants to and has moved away somewhat from those echoes, tired no doubt [though not unappreciative] of the reviewers’ referenced touchstones. What remains/what is new? The vocal is distinctive; certain melodic signatures continue. In In Castle Dome, the flute and guitar merge in slight dissonances, electronics are burgeoning in the background, and some swirls are whipped up here. But this is ultimately a pretty song, and what we are used to.

22 Days is immediately a jazzier rhythm, electric guitar in quick bursts, then drums march and the apparent instrumental breaks along a pacy bass line. When the vocal begins, this is less melodic in focus – I am being very literal here – and more in the lyrical carrying. Yet the voice is still beautiful in various rises, even in I’ve been chicken scratched and you can’t sell the same shit back. The song’s closing moves to a jazzed and heavier outburst. Next Accommodations begins with the most obvious/accentuated shift, stroked piano chords, it seems, electronic and other interjections, a walked up and down vocal, then wilder electronic sounds: here Walker has broken free from that folk hold – though I am being literal, again, and perhaps overs-stating, especially as the flutes enter and harmonise again, but he has said I was under a lot of stress because I was trying to make an anti-folk record and I was having trouble doing it. I wanted to make something deep-fried and more me-sounding. I didn’t want to be jammy acoustic guy anymore. I just wanted to make something weird and far-out that came from the heart finally.

And in most respects this delineation is no longer necessary. What matters is it is still recognisably the work of this fine young artist. If you’ve seen him play live, as I have twice, the jazzier and jamming side is a given, especially for me his second gig at Exeter [read reviews of both and of his other albums here]. So Can’t Ask Why combines the pace of folk with the grinding rhythms of a rockier side; Opposite Middle highlights the vocal signature amongst more sweet flute and then guitar riffs and west coast lead, and Telluride Speed re-delivers a walking up and down melodic line like Accommodations.

Rock on Rainbow is perhaps the alliterative encapsulation of the whole, though this acoustic, finger-plucked ditty is just that, and would reside in any of the folk touchstones Ryley has rightly earned and will always be one kind of his ‘me-sounding’. Closer Spoil with the Rest reasserts the jazzier move – the talking vocal, pace in the drum and bass and guitar, electric guitar too: a fine musical ensemble.

Another great album, whatever its trajectory. I'm so looking forward to my vinyl copy. 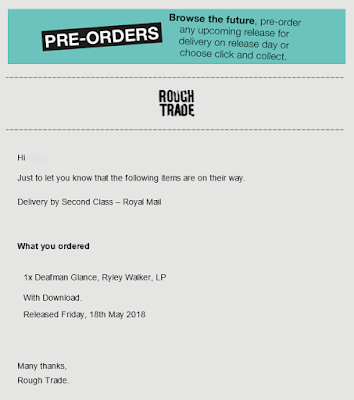