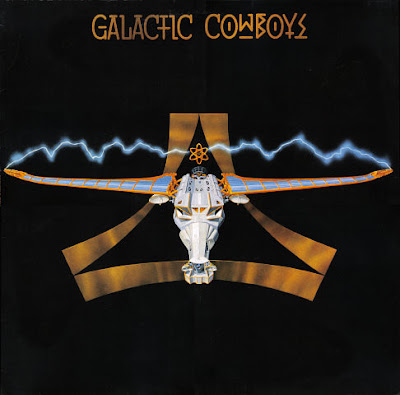 No, It Isn't Anathema To Be Intelligent

Heavier than Atomic Opera, with elements of thrash and metal as well as the machine-gun rhythms of Metallica – for example Kill Thriller – Galactic Cowboys make up the trilogy of Sam Taylor Texan bands Kings X, Atomic Opera and themselves. Vocal harmonies are therefore also prominent, gloriously so on My School.

I have listened for the first time [prompted by my Atomic Opera review here] and, as I said there, because of my knowing and liking of Kings X. The Cowboys have a more complex overall sound/mix than their stablemates, and it is very good.

Opening track I’m Not Amused is a perfect exemplification of the excellence. This melds their elements of tight harmonies, the chug-chug of heavy metal, including the trudging riff with harmonica that echoes Black Sabbath, a riff that extends out to underpin a delicate and ironic guitar solo before it breaks into a shred and before the ‘mexican’ acoustic break breaks in: this is both a clever and playful interlude with layered vocals returning to consolidate the cleverness.

Kaptain Krude reflects two interesting further aspects: concerns beyond the ‘spiritual’ as it relates to the Exxon Valdez oil spill of 1989, and their Beatles influences, here in the vocal harmonies and, as the song closes, the production additions. 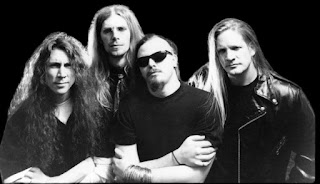