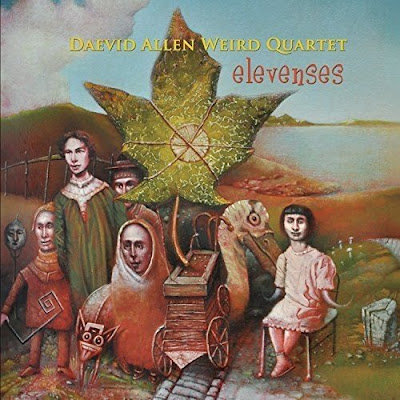 An album of some nerdish controversy – is it really his last [to be 'found' after his passing], is it really him, is it as good as others – and I don’t know the Gong and Soft Machine originator all that well, like calling him the ‘originator’ of those two which is less accurate than co-founder I’m sure, but the mention places him in his genre and time as much as the album’s inclusion of Weird does.

And it is weird in that psychedelic way it should be, a song like Kick that Habit Man and its repetitions with distorted vocal and little synth bursts exemplifying. Mainly instrumental, when Allen is singing in his distinctive vocal the songs come most to idiosyncratic light, though I do like the synth sounds on Secretary of Lore. 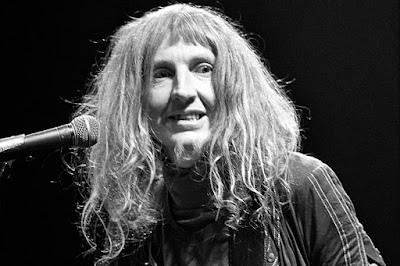 I think it is simply a lot of fun and certainly lively in its playfulness and weirdness, not that this latter is really all that so by the era of its recording in 2006, the album released in 2016.

Opener Transloopthismessage sets the scene well with its hisses, tinkling bells, and echoing vocal that leads into the next Imagicknation which says it all in the neologism, Allen in that spoken-sung vocal of his, the accent [Aussie/Anglo] sounding casual in its pop-sixtyish way. There is an accordion [Don Falcone] led ditty of delightfulness in God’s New Deal, another one where Allen sings, here a little like Dylan, but only a very little. Under the Yumyum Tree is when you can drop one, if you feel the extra need. 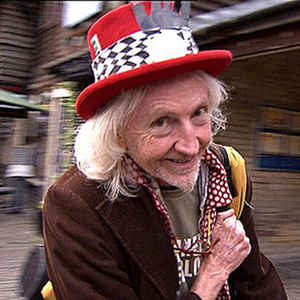