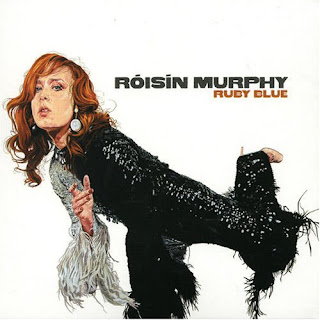 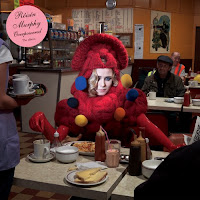 Having had a surprise injection of Moloko I became seriously infected by Roisin Murphy's distinctive singing, as covered in the last post, so decided to take on a full dose by visiting both her solo albums, the 2005 Ruby Blue and the 2007 Overpowered.

The latter is, apparently, the more popular/successful, but whilst Murphy's vocals will always make her work attractive and significant, there is just too much disco/dance for me with a heavyhanded 80s synth presence throughout, especially those shite synth drums that sullied so many good quality artists who fell for its transient charms in that problematic musical decade. We really don't need to resurrect these.

Ruby Blue, however, is superb. Produced and composed by Matthew Herbert, this is full of electronic vitality and vocal/electronica ingenuity, for example in the opening track 'Leaving the City'. There are jazz grooves in 'Sinking Feeling' and smooth trumpet backing in both this and 'Night of the Dancing Flame'. There is the funky 'If We're in love', the admittedly weird 'Ramalama [Bang Bang]', and the occasional fuzz of the title track 'Ruby Blue'. The album ends on the beautiful piano ballad 'The Closing of the Doors' which is Bacharachesque in its melody and mood. All the time Murphy's vocals are full and fulfilling, naturally.