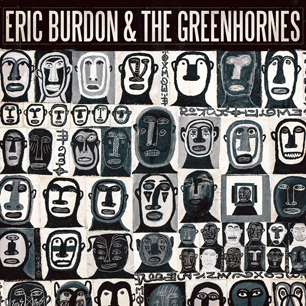 My name is Winston Churchill and I’m having a fucking nervous breakdown intones the unmistakable voice of Burdon with a slightly polished inflection to mask the Geordie vowels, but not the distinctive gruffness. Thus opens the garageblues of first track Black Dog – bass and vocals overamped to perfection.

Recorded by 71 year old Burdon with Cincinnati garage trio the Greenhornes, three of these four tracks are bold and basic. Just how we like it. Second Out Of My Mind is a sweet, lyrically exaggerated blues – First time I saw her was down by the levee, she blew a hole in the door of my brand new Chevy; she ran off with my gold and now her pockets are heavy: and I can’t get her out of my mind – and the lament unravels its narrative with Eric’s hypnotic emotive tones. Stand-out rocker is third Can You Win where the guitar wails in tandem with Eric’s rails, then fuzzes and wah-wahs in empathy with the song’s tale of hurt as well as, it seems, the legend singing it.

Closer Cab Driver, written apparently in the cab on the way to the recording studio, and sounding like it, is a strange klezmorim ditty in the spoken persona of an Iraqi cab driver. The song is apparently jammed, and sounds like it. Difficult to discern if the stereotyped cabby’s soliloquy is comic or marginally racist, and one hopes it is a failed attempt at the former.

This EP was released first for Recordstore Day on the 23rd November, then digital release on the 27th. For Recordstore Day I bought a vinyl copy of Teddy Thompson's Window Up Above - only to discover that my deck doesn't appear to play 45s!  Must have been some time ago when I last played a single on the old unit... 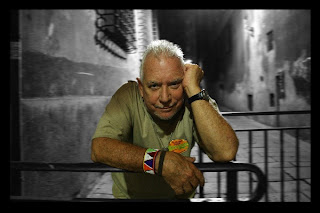 Email ThisBlogThis!Share to TwitterShare to FacebookShare to Pinterest
Labels: Eric Burdon and The Greenhornes