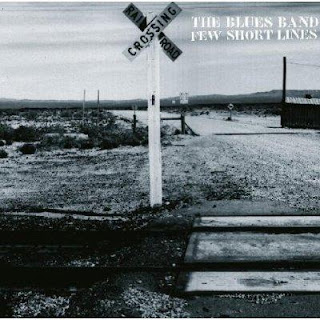 Here's two simple dishes served up for my morning consumption: The Blues Band with Paul Jones, Dave Kelly, Tom McGuinness; star guest players like Al Kooper, Pete Wingfield and Mike Sanchez, and guest vocalists Linda Lewis, Maddie Bell and Southside Johnny, all playing straightforward harmonica fuelled blues - and my American breakfast of SOS, Shit on Shingle, a concoction formulated during the second world war to feed the GIs, made from minced [ground] beef fried in a pan, a can of mushroom soup poured over this, then heated through and served on toast.

Of course this should be titled Breakfast Bliss and SOS, which has a neat rhyming, but I wanted to be precise about the music and food combination - a different music/food amalgam to the recent Juicy Lucy, but perhaps establishing another blog category? 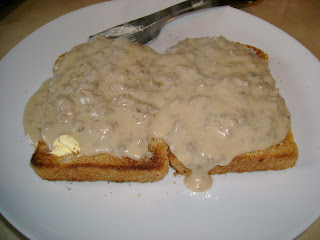