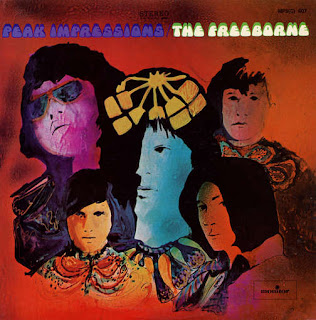 I'm enjoying this today, an early psyche record with all the naive but whimsical affectations that come with a band struggling to ape their larger and more successful influences. There is a very clear echo of early Country Joe and the Fish, both in the vocal and organ sound, and there is also Jefferson Airplane, some Doors and Beatles - hard not to; also the occasional overuse of recorder which is a little twee, but that too has its endearing appeal for this unabashed and none-too-critical ol' hippie listener when it comes to enjoying such experimental blasts from the past. Just two examples give a far-out flavour: A New Song For Orestes is suitably pretentious as a title, and the use of harpsichord, chamber strings, rousing horn, fuzzed guitar, choric vocals with some distortion effects, and spoken vocal are consummately the hallucinogenic ingredients of its colourful time; Peak Impressions & Thoughts is a classic example of a tripped-out musical journey and it must have been a thrill to create and imagine hopefully that this was the sound to propel them into the psychedelic club's swirling limelight. It didn't, and this is the sole record from this fleeting but fun tab on the aural tongue. 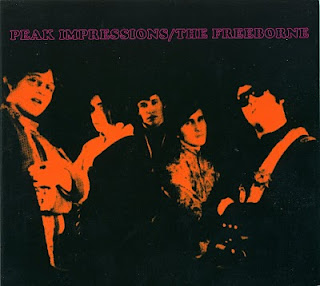 Email ThisBlogThis!Share to TwitterShare to FacebookShare to Pinterest
Labels: Peak Impressions, The Freeborne