This One's For Him - A Tribute to Guy Clark 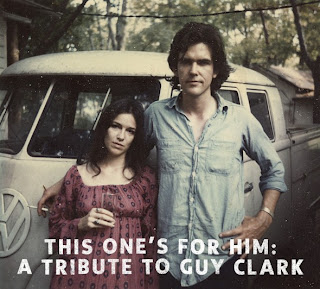 The story here is as simple as it gets: over 30 artists perform songs written and/or played by the great storyteller himself Guy Clark as he celebrates his 70th year. That this collection of fellow performers paying their tributes includes the likes of great friend Rodney Crowell [That Old Time Feeling], Lyle Lovett, Shawn Colvin, songwriting collaborator Shawn Camp [Homeless], Ron Sexsmith, Willie Nelson [Desperados Waiting For A Train], Suzy Bogguss [lovely version of Instant Coffee Blues], Ray Wylie Hubbard [the great Homegrown Tomatoes], John Townes Van Zandt II, Joe Ely [Dublin Blues], Emmylou Harris [Magnolia Wind], Steve Earle, Radney Foster [performing the beautiful LA Freeway], Patty Griffin, Kris Kristofferson [Hemingway's Whiskey], Vince Gill [Randall Knife], Robert Earl Keen and Terry Allen [the touching Old Friends] establishes the quality of this release before even listening to the mainly acoustic and unadorned homages to these memorable songs and the man himself. There is no attempt, nor need, to interpret the songs when their innate, honest storytelling and melody have such presence. Played alongside Clark’s own recent release Songs and Stories, this is quite an impressive and even emotive experience as you are immersed in the warm awareness of Guy Clark’s significance as an American singer songwriter. 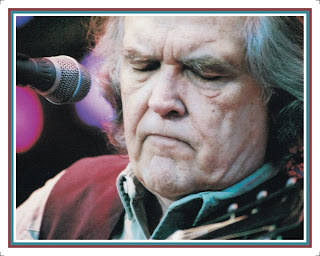 Email ThisBlogThis!Share to TwitterShare to FacebookShare to Pinterest
Labels: A Tribute to Guy Clark, This One's For Him