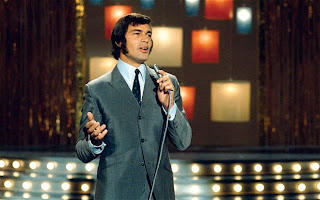 It's remarkable how Samuel Beckett has communicated from Beyond to announce Englebert Humperdinck as the British entrant and representative for the next Eurovision Song Contest. Remarkable and wonderfully absurd.

Or has some Music [sic] Industry executive chosen our English Engle on the basis that his German name will get us nearer, geographically at least, to the elusive Eastern European vote?

Whatever, it is an inspired choice and about time this event was treated with the national respect it deserves. I for one would be happy for ol' Englebert to sing one of his classics rather than some newly-penned eurodance number, and my choice would be The Last Waltz rather than Release Me, being the expert that I am - and I have the lps to prove it. 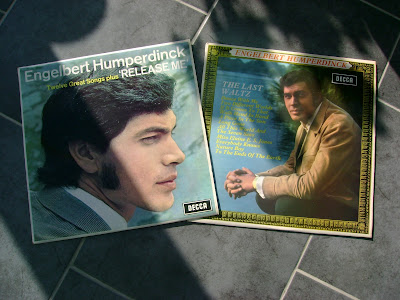 Why are you sneering? These are DECCA originals and after the Hump triumphs I will look forward to their value skyrocketing....

In my early teens I bought two albums for my mother as presents. One was a greatest hits by Nat King Cole [a genuine genius], and the other was by Englebert Humperdinck. So I'll be thinking of her when the contest next comes around, this time with a reason for cheering our entrant on. 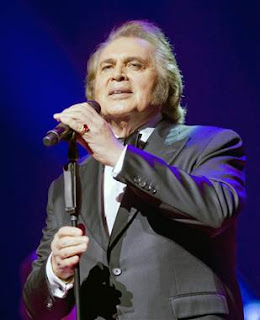