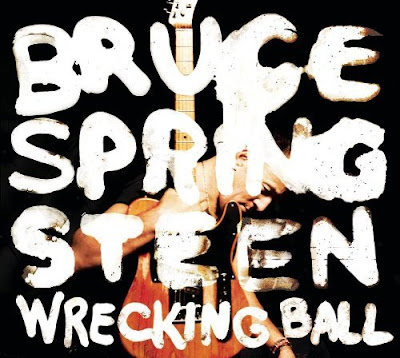 It was a moment of madness, but when I first heard the single We Take Care Of Our Own on the radio I questioned Springsteen’s current political and social sensibilities – could they have changed this dramatically? Of course the song lyrics are full of bitter irony and he wasn’t regurgitating the pat patriotic line: his is a tirade attacking both that propaganda and the reality,

The whole album takes on this bitterness and Springsteen, as ever, chronicles the state of the nation as he sees it. He taps into those prevalent feelings of despair and distrust in a nation where the 1% has demonstrably enacted the nasty sweep of its greed, ineptitude and indifference.

Second song Easy Money continues the narrative attack on a society where some desires can be so easily satisfied and which prompts contradictory consequences,

There’s nothing to it mister, you won’t hear a sound
When your whole world comes tumbling down
And all them fat cats they think it’s funny
I’m going on the town now looking for easy money

In third Shackled and Drawn Springsteen takes us to a different perspective, and whilst recounting the hardship of labour, there is also a celebration of the honest endeavour of the 99% [I know that’s debateable, but it’s a shorthand of a thesis...] and we know that Springsteen has always championed the honour of work, and the blue-collar encapsulation of this, both in his life – especially his father – and those of others,

So far the music is secondary to the lyrics. Obviously, it’s not as simple as that, but in essence the music is a vehicle for the message. This isn’t for me one of Springsteen’s strongest in terms of memorable tunes, but then that is precisely the point. The Irish bar-room folk is rousing in so many examples but not the reflection of Springsteen’s songcraft I look forward to hearing the most.

It’s in the fourth track Jack Of All Trades that we get a little more of the signature tune, this time the classic descending sung lines. It’s an ostensibly gentle song about a man who will take any menial job he can get – the pride of his ‘shovel in the dirt’ having been removed in the loss of his regular job – until at the end his stoicism breaks to reveal the strength of his hurt and anger in a dramatic and dangerous line,

If I had a gun, I’d find the bastards and shoot ‘em on sight

Fifth Death To My Hometown revisits familiar territory and is dressed musically in that rousing Celtic folk lilt, but the words again dominate. In a town that has, through quick storytelling, survived the racial and other historical tensions of the mid 60s and, we presume, aspired and thrived, the current economic climate has destroyed all of that,

Wrecking Ball is the seventh track and whilst it addresses the tearing down of Giants Stadium in New Jersey, it is also a metaphor for the wider destruction meted out by developers and the bulldozer of corporate big business, evoking Steinbeck’s similar narrative of so many years ago,

Now my home’s here in these Meadowlands where mosquitoes grow big as airplanes
Here where the blood is spilled, the arena’s filled, the Giants play the game
So raise up your glasses and let me hear your voices call
Because tonight all the dead are here, so bring your wrecking ball

Ninth song Rocky Ground is perhaps the most emotionally charged and evokes Christian precepts upon which America has always presumed it attains its true spirit of freedom, equality, independence and the will to act righteously. The song delivers this through its gospel tones, but also a contemporising with some brief opening record scratch and then female rap, the latter having alienated a few diehard Springsteen listeners and commentators, but which I think shows Springsteen making the necessary marriage between past and present, musically as well as lyrically,

You use your muscle and your mind and you pray your best
That your best is good enough, the Lord will do the rest
You raise your children and you teach them to walk staright and sure
You pray that hard times, hard times, come no more
You try to sleep, you toss and turn, the bottom’s dropping out
Where you once had faith now there’s only doubt
You pray for guidance, only silence now meets your prayers
The morning breaks, you awake but no-one’s there

Stand-out track is tenth Land Of Hope And Dreams that Springsteen has played and recorded live, not least for the admittedly maudlin but genuinely moving saxophone solo by the late Clarence Clemons. But it is a song that lyrically and musically is Springsteen at his best – yes the bombast of the rousing chorus and driving rhythms, but it is as heartfelt as we have come to expect and respect,

I will provide for you and I’ll stand by your side
You’ll need a good companion now for his part of the ride
Yeah, leave behind your sorrows, let this day be the last
Well, tomorrow there’ll be sunshine and all this darkness past

Well, Big Wheels roll through fields where sunlight streams
Oh, meet me in a land of hope and dreams

Whilst not the last song on the album – and the deluxe edition has thirteen with two bonus tracks – this has an appropriate strident and positive note upon which to end the storyline. And I would hope I have made it clear that it is this storytelling that makes this a significant album for its time, not just as a part of Springsteen’s output. 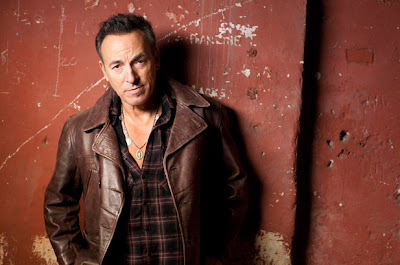