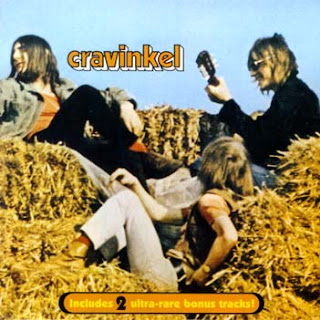 A Minor Gem In The Cs

Not much to find on this band: their eponymous album recorded in London, and ostensibly krautrock because of their nationality, but performing a country-tinged hard rock sound. It’s polished and cleverly written material – tight harmonies adding depth to the straightforward but mature rock melodies. There’s a bit of Grand Funk in the overall sound; Mike Harrison in the lead vocal at times.

They’re all shortish tracks, averaging just over 3 minutes each, and you get to 4th Lucy which has early Tyrannosaurus Rex percussion and acoustic guitar, and the arrival has been brisk but absolutely solid. 5th Candlelight has a Jethro Tullish riff driving its now familiar tight structure. These are crisp cuts. 6th About Mother and Son picks up more of that Spooky Tooth sound, but then is also so clearly different to this – perhaps it is just the vocal echo, which is one helluva echo. 8th Hidden Love is a Creamesque blues with a powerful bass throughout. These guys had clearly been listening carefully to what was swirling around them at the time. And they absorbed then reflected with some neat clarity of their own.

Of the 12 tracks – the last two as additional bonus ones – I’d say the first 8 form the nucleus of this album’s totally solid stature. And here endeth today’s spontaneous cartwheel through the C collection, which, existentially, started at B with David Bowie’s Hunky Dory that really does have to be in my Top Fifty..... 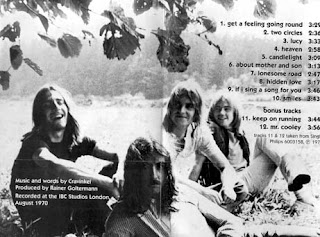 Email ThisBlogThis!Share to TwitterShare to FacebookShare to Pinterest
Labels: Cravinkel