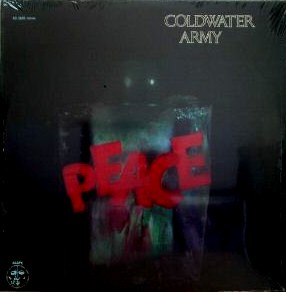 Identity Crisis In The Cs

An inauspicious start in first song I Just Can’t See You Anymore with the opening lyrics As I was walking down the road today/I found the answer to my problem - and immediately into a Spinners-like folk lilt – Coldwater Army flashes the warning lights of 60s/70s lyrically earnest self-introspection and conscious discovery. But second track Away launches from another place and pad with its slow blues and brass riff, then powerful vocal and sax solo into a Chicago-aped horn repeat of the pulsing riff. Tease and tear-it-up stuff in this starting dichotomy.

Third track Dreams continues the heavier, funky sound and the opener seems a strange anomaly until fourth To Pamela returns to the folkish, rather dated lyrical and harmonising combinations of the time. It’s an uneven album, unless you like both, and this uncertainty indicates a band in search of an identity, one some found strongly when emerging after this to help form Stillwater. Fifth Hey, People is a classic Felix Cavaliere Rascals sound, and sixth Today, Tomorrow, Yesterday presents a complex rhythmic mix to mirror the portentous ponderings of its title.

Eighth By Your Side is all Canned Heat boogie - and I’ll stop plotting the variations and verisimilitudes now – it is clear the album advances, morphs and digresses in its entertaining journey through thirteen folk’n’rock tracks, or as band member Bobby Golden has stated, the music he and his brothers played in the lead up to this band was anything heard on the radio, from the Bee Gees to The Doors [Bobby Golden and Bob Spearman were two CA band members to move on to form Stillwater]. 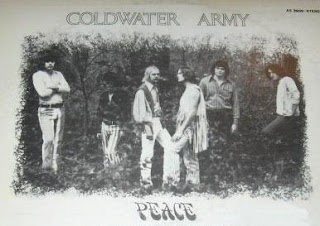