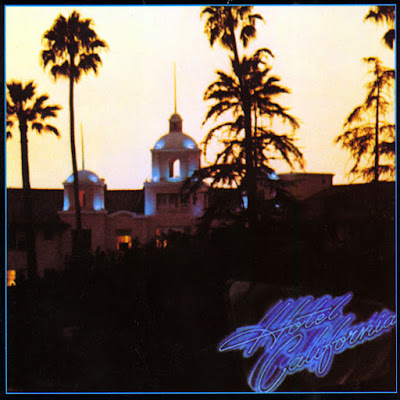 Just listening to the newly remastered Hotel California and of course I have always known how good it is but when listening to the Eagles over the years I have tended to earlier albums, following the nostalgia of first discovery and the albums I bought at the time – HC never one on its actual release.

The songs reflect a maturity of thought, as in the oft-cited and analysed title song, though I think its meaning is quite straightforward in observing an American culture that has not changed one jot since the song’s writing, and how it never was any different, but only imagined it could be, in fact, before 1969

So I called up the Captain,
'Please bring me my wine'
He said, 'we haven't had that spirit here since nineteen sixty-nine'
And still those voices are calling from far away,
Wake you up in the middle of the night
Just to hear them say"

Having always warmed to the easy charms of luscious harmonies, especially in favourite Desperado [review here], the songs on this album are largely meatier constructs, like The Last Resort, but I have also been reminded today of how equally beautiful is a song like Try and Love Again, a Randy Meisner write. 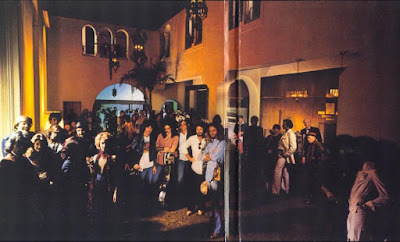