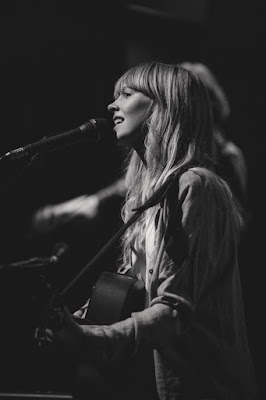 Lucy Rose’s album Something’s Changing is one of my top three of 2017 – quite likely the number one – and that is in a whole year of, as ever, outstanding music. My review here, written during my exam marking period and thus its enforced brevity, is succinctly spot on. By that I mean I didn’t need to say more then.

Yet I am now. When I heard she was playing Exeter I had to go to the gig. My only concern was whether she could deliver such sublime singing live, though additionally the supporting harmonies and instrumentations that complement her fine voice so well on the record.

From her opening song at The Phoenix, Intro, the same as on the album which she performed nearly if not in its entirety, the vocal was exquisite [and I have noticed in other reviews that the words sublime, exquisite and delicate often occur, so we concur] but the band was as perfect an accompaniment live as on record. And the entire gig was a flawless encapsulation of the singer-songwriter in command of her crafting and on-stage delivery.

In my album review I namechecked Joan Wasser as a contemporary touchstone, as well as Joni Mitchell from the past, both to which I still adhere. I’d add Feist to the contemporary highest ranks of Rose’s vocal company, and it was pleasing to read somewhere that Rose cites Neil Young and Joni Mitchell as influences.

In conversation with the audience, which is clearly an important connection for Rose – especially in gauging a liking for what she is playing – there was genuine warmth but also a vulnerability in her confidence, an artist’s uncertainty about how far people are communing with her music. It is clear she has over the years encountered fans who want to share their own stories, relating these to the often plaintive narratives of Rose’s song-writing. This need to empathise seems to be as strong for Rose as it is for fans, and The Phoenix was packed with a knowing audience to - for last night at least - assuage whatever artistic fragility seems, ironically, an important element of Rose’s personality and performance.

The stand-out of the evening was I Can’t Change it All, a signature melody, but in this song's rising shifts and volume, Rose and band were a consummate collective. 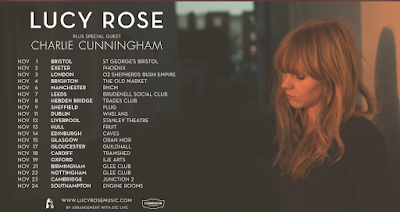