Mavis Staples - If All I Was Was Black, album review 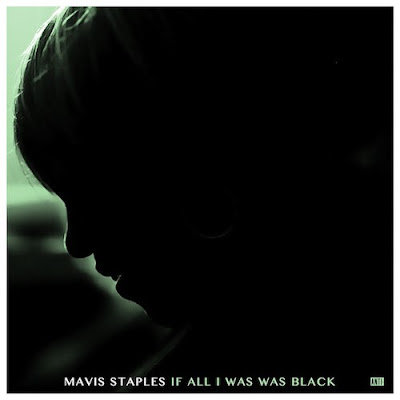 Mavis Staples at 78 has witnessed a world of wrong, and in these songs, mostly written by Jeff Tweedy who also produces, she adds her experience to their narratives, clearly in tune with them in so many ways. Build a Bridge is a fine if distinctive example, a song that echoes, if this makes sense, a Rolling Stones-esque soul-rock number, a chorus in a high register mimicking Jagger, and the lyrics suggesting the positive need for change – still hopeful, after all these years, in Staples' singing endorsement.

There are some stand-out funky numbers on this collection: opener Little Bit with its running up and down riff, a gospel-answering choric vocal and Tweedy’s brisk bending guitar notes; and third Who Told You That which is a funked-up gem.

The title track is the second song, a collaborative write with Tweedy, and the lyrical ruse of If all I… promotes what is so much of this album’s assertion that there is much more to give and achieve in an otherwise negative world, and more specifically the America of Trump and racism and guns and so on. The chorus resonates from the context of Staples' 78 years of experience,

We Go High continues the positive urgings and one has to hope it can matter, though history tells us different. In this respect the album and its music is positioned within that ‘protest’ lineage of earnest but ultimately meaningful songwriting about rather than instrumental in creating change. This is followed by a blues chug of Try Harder which acknowledges evil in the world and the self, perhaps a more realistic summation of who and what we are, though the I am as good as I can be and got to try harder also sums up the other realities of caring. 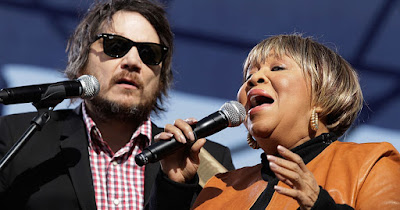 Email ThisBlogThis!Share to TwitterShare to FacebookShare to Pinterest
Labels: album review, Mavis Staples - If All I Was Was Black