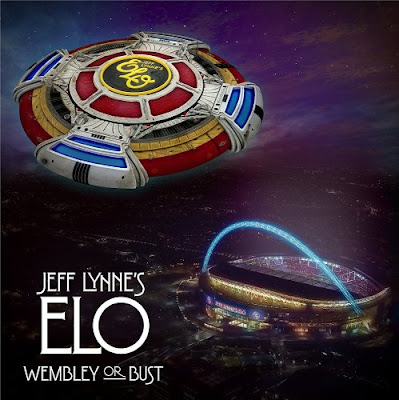 I've written about this before, a couple of years ago. The consolidation of change continues...

When studying in Oxford I used to live in a flat just off the Iffley Road. It was a downstairs flat with another one above.

The first occupant upstairs was an American studying at one of the universities - I forget which - and he once invited me and my wife to his College for a meal in its great hall and with all the service afforded to those studying there. It was a most pleasant experience.

The second occupant was a drunkard and a complete asshole who used to play his music extremely loud late at night and it was usually ELO. I damaged the bathroom ceiling from banging on it for him to turn the volume down; called the police once who said they couldn't do anything for me [a lie I think], and I once stormed up to his place and pulled the stereo lead from the wall in as threatening a manner I could, and I think for that night only he didn't play any music. He probably fell asleep in a drunken stupor.

He ruined our lives at the time, ruined to this day my wife's ability to sleep soundly on a regular basis, and definitely ruined listening to ELO - so much so that hearing the band on the radio made us both sick and angry.

So I've listened to this album all these years later with the baggage lightened, especially through the catharsis of disliking intensely the asshole 'above' rather than the music he then played, and it is excellent. Lynnes' vocal is softer it seems to me, and the orchestrations on this recording less full of pomp and more restrained. The songwriting, obviously, retains its brilliance, including that not from ELO.