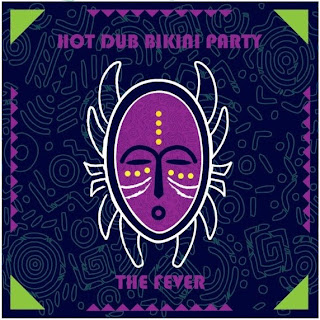 Roll on summer. Roll on summer in Devon, because here in our rural idyll there's a local band who intuit sun and heat and alfresco parties with dancing and bikinis - OK, that last item may be a title and gender-oriented prompt - through an infectious reggae sound played with considerable skill and empathy.

The band, led by songwriter, lead singer and guitarist Harry Birch, is a talented and tight outfit, ably illustrated by this excellent debut album and, for this writer and many happy others, a recent energetic and equally skillful live gig at Mama Stones in Exeter.

The reggae strand is a strong one and underpins all the songs. I stress 'underpins' because this is a collection of tracks with distinctive pop sensibilities - a complimentary tag here - and by this I mean Harry Birch has an ear for catchy tunes that are driven by reggae rhythms and vocal stylistics of the genre. It's a heady combination. Expectant and perfectly played bass lines pound out these rhythms, and the band as a whole has, as I've said, an intuition for delivering these authentic as well as original songs.

The album opener 'When the Sun Comes Up' is a surprising ballad [of sorts] where the rest is so much more upbeat. But it works. It works because it is a finely crafted song and establishes Birch's distinctive vocals. It also establishes the band's instrumental credentials as the measured pace is snapped into another gear and the song chases out on a spirited lead guitar and bass focused finale.

The second track 'Crazy Days' takes the album quickly into its established groove of sparkling sing-a-long tunes and signature reggae-flavoured playing. Stand-out songs are the title track 'Fever' with a U2esque opening that again drives into its bass-propelled core, and 'Julia' with brass backing adding further depth to the overall sound. The final two tracks 'Black Panther' and 'All You Can Be' include vocal harmonies from Stephanie Ould further expanding the album's sound and range, the latter again using brass in support.

I listen to bucketloads of music and this is drawn from the ocean of daily deluges of musical offerings, and much is unknown to me as I aurally dip in and out hoping to be tempted and engaged. So much of this comes from established or newly-popularised artists [often interestingly gauged by the number of hits on YouTube videos] and the sheer volume means much is mediocre or just simply pastiche and/or repetition. This still might make it 'successful' in terms of recognition and record/cd sales - important factors! But it isn't necessarily memorable.

It will be hard for Hot Dub Bikini Party to thrust its head above that musical water, but I can honestly say this album does so for me. I like to listen as I write and I have been bopping about in my reviewing chair throughout this lively and infectious album. That may be an absurd image, but there is nothing odd about quality music making an immediate and memorable impact.

I'll conclude by adding a further accolade and one that carries more weight than my opinion: Hot Dub Bikini Party is supporting the legendary reggae band The Abbyssinians at the Phoenix, Exeter, Saturday 26th March. You don't get that support gig without your own reggae respectability, and that clearly trumps any amount of 'bopping' in my chair, as legendary as that might be!
Posted by Some Awe at 15:30