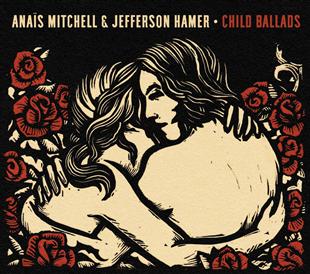 Willie of Winsbury is perhaps one of the most beautiful melodies of all time, and this is complemented by one of the finest folk tales of all time: though it is anathema for me to warm to a dictatorial monarch/parent and the triumph of one more of the landed classes. However, the love story of Janet [and must be Janet, not Jane as is sometimes sung] and William is itself such a romantic triumph. Then there are the great lines, as when the King/father sees William for the first time and declares if I were a woman as I am a man, in my own bed you would have been.

The version of this on Child Ballads is itself one of the most beautiful I have heard. John Renbourn’s will probably always be the touchstone for a tender and warming rendition, and another more recent excellent outing is on Meg Baird’s 2010 album Dear Companion. Anais Mitchell and Jefferson Hamer present a faithful performance, and it is the perfect companionship of their singing that works so wonderfully here, Hamer’s sweetness the surprising vocal empathy to Mitchell’s slightly tart tones, but itself a blissful marriage of sound. The pump organ provides such a glorious base throughout. Worth the price of this album entirely on its own.

The other six ballads from the collection of Sir Francis James Child consolidate the folk credentials on this honest and simply superb album. Final song, the Scottish ballad Tam Lin, tells another yet more metaphorical story of pregnancy and ultimate true love. But none doth compare with the opener which has melted my aural affections as did Janet’s for her Lord Willie. 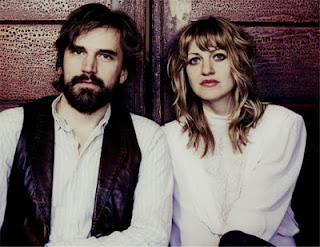