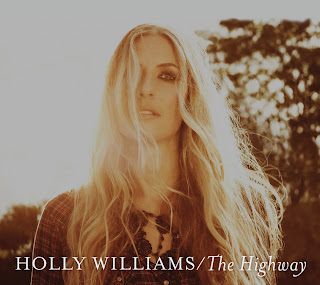 Just in terms of plausible musical credibility, how might you improve on being the granddaughter of Hank Williams and daughter of Hank Williams Jnr.? Easy, if you can: have Jackson Browne guest vocal on one of your tracks, the acoustic lament Gone Away From Me. And on others, Jakob Dylan and Derks Bentley [and Gwynth Paltrow, but that’s more in also establishing the celebrity status perhaps]. 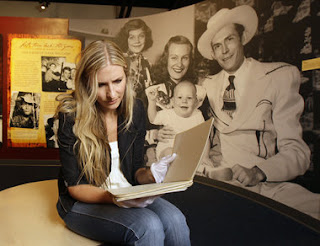 These are all essentially acoustic numbers, mainly enhanced by pedal steel in that Country nuance one would expect. The songs are generic Americana and it’s an album of a whole strength rather than individual memorable songs, with the storytelling, as on Giving Up, tending to the domestic authenticities of Country fare. Williams’ voice is full and commanding: listen to the vocal on A Good Man that begins unaccompanied until the guitar and violin gradually builds in. Its husky strength is also pleasingly foregrounded on closer Waiting on June where Paltrow’s harmonising vocal is a more than effective complement, an epic Country narrative that tells the life story of a couple’s love from meeting at 10 [where June threatens him with a baseball bat], going to war [blood on his wallet-picture of June], getting married, buying a cow and farm [or the cow came with the farm], having kids, big family meals saying grace [outdoors], kids moving off to find a love of their own, having babies, playing in the cotton fields with the dogs [I'm not sure where the grandchildren are], getting old, side by side in the nursing home, death, the good lord came and took me home, the angels let me see here every day: I await Paltrow’s cinematic rendition, told I trust in the correct chronological order – no fancy retrospective storytelling needed to embellish its homespun drama. 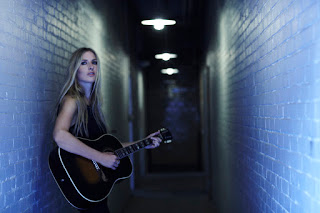 Email ThisBlogThis!Share to TwitterShare to FacebookShare to Pinterest
Labels: Holly Williams, The Highway