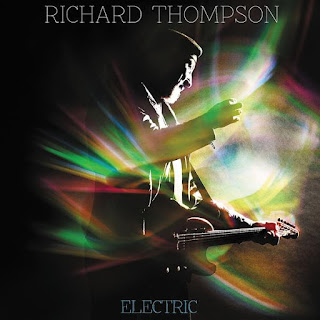 A Lesson in Enunciation

Of course this is excellent, and the rumbustious electric guitar tracks are full of trademark note bends and riff-sprints as only Thompson can play them. These are so often folk and punkrock sounds thrown together, with Thomspon’s lyrical elocution lessons anchoring them firmly to their Englishness.

And in this vein: I have always been a sucker for his ballads, the sadder and more miserable and cynical the better wrapped in their beauty - yet again, it is the enunciation that makes them so distinctive [well, the songwriting is simply as first-class as ever, so there has to be something else to write about]. It is as if the consonants will not depart from his lips without the absolute onomatopoeic torque of their noise having been pre-set then sprung with linguistic gusto. This can be taken to composition and pronunciation extremes: in The Snow Goose, an exquisite song, the line in the dream I am running down a street of molasses has that final syrupy word both over-deliberate as a metaphor but also in Thompson's sung pronunciation of the full o vowel sound, its syllabic pace also slowed so that every emphasis on word and sound is highlighted. Perhaps that primary school up-North which has banned local vernacular in children’s talk will be piping his singing into classrooms on Thompson Tannoys....

Across the two cds of the deluxe edition, these are the slower songs for those who, like me, might want to create alternative set lists: The Snow Goose, I Found a Stray, My Enemy, Another Small Thing In Her Favour, Saving The Good Stuff For You.

And if you think I’ve gone completely soft, I can also recommend the stompers Sally B and Stuck On The Treadmill, this latter with amazing guitar and bass in-tandem romping. But really, both cds are full of Thompson excellence, and produced to perfection by that other great, Buddy Miller. 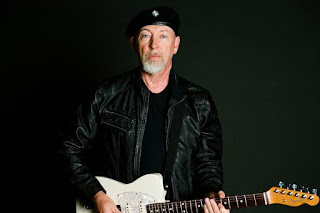