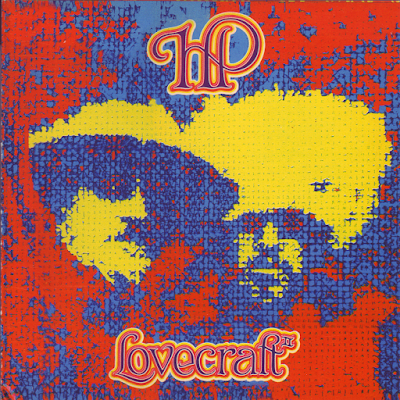 I Believe in Groovy

Recorded in 1968 when the band had been touring heavily so light on new material, much of this was improvised in the studio and ‘created’ by audio engineer Chris Huston who also, apparently, introduced many of the more psychedelic sounds, for example the electronics on fourth track Electrollentando.

It is a folk-psychedelic collection and obvious links have/can be made to the work of Jefferson Airplane though I don’t think these songs have the catchy hooks of JA. What it does have at its best, however, is the beautiful harmonies of band members George Edwards and Dave Michaels, as on the gorgeously soaring opener Spin, Spin, Spin, one of two Terry Collier-penned songs. 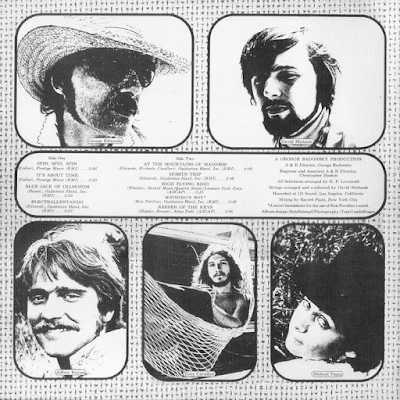 Fifth track At the Mountains of Madness exemplifies all that is great about this album and music of the time: a portentous/pretentious title, wild and wonderful keyboard/effects, reverse other effects, weird ending, and the dual vocal interplay of Edwards and Michaels – such confidence in their rock-operatic soars. This is followed by the psyche-folk anthem of Mobius Trip all about being in a park and being groovy and being ultimately far-out:

Walking down the street I feel like crashing
Everybody's groovy, all their eyes are flashing
Do you think that this could be the time
In the world behind the pantomime
Where everybody's really feeling fine
A thought like that would really blow my mind

Seventh is a requisite cover of High-Flying Bird and this can be added to the list of sweet covers of this sweet song. Closer is a cover of the Brewer and Shipley song Keeper of the Keys, another hopeful late 60s anthem about change, and this version is vested with the psychedelic pomp of belief and I’m happy enough to believe in the integrity of that.