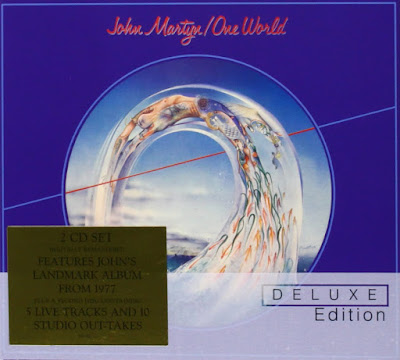 I would seem to have abandoned my 'Top Fifty' album blogging, but haven't intentionally, and will return one day, somewhat like the skeins of birds flying across in the beautiful autumnal sky as I look out the window - two arrows recently - with the horizon tinged a pale pink and promising a fine day tomorrow.

And there goes another one, but just an arrowhead of five birds. The previous full skein [though I guess amount is necessarily variable] had one tagging along behind at some distance, and it did seem pathetic, and I can't see how it will/would catch up.

To John Martyn: all of his 'major' albums will be in my Top Fifty, One World so clearly a member, so I will save an actual full review for that fly-by. For now, I simply want to reference the sublime second disc in this remastered Deluxe Edition which contains five live tracks from John's 1976 Regent's Park set, and then a host of alternate takes on songs from the main album. He is in beautiful voice, live and studio, not quite the jazzier predominance yet, and some of the guitar work on the live set, especially One World, is superb. As it all would be. Alternate takes are always engaging, and there can never be too much of Martyn, too much missed. 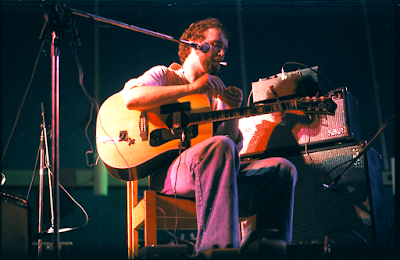