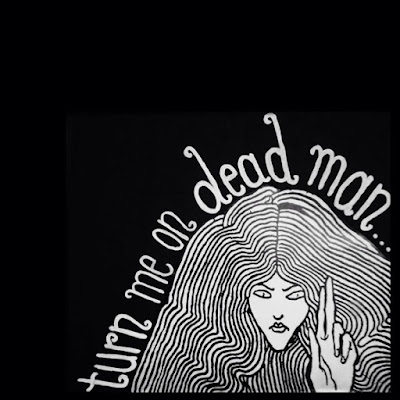 This San Francisco ‘Heavydelic SuperRock’ group remind of quite a few bands, but as I listen to third track Xanana now it is Smashing Pumpkins, whilst next Galaxina begins like Thin Lizzy – yeah, I know it’s just the dual guitars – but that SP sound is still a sustained reference point, especially into fifth Bellisima.

This has come as a little bit of a surprise as second 67 Dreams is more of a riff-driven number, but sixth Oh My God it’s Filled with Stars reasserts the vocal harmony-drenched sound of that late 80s/early 90s rock renaissance. Whatever this perfunctory history lesson of echoes, it is excellent at what it does, many of the 22 tracks not surprisingly little musical vignettes linking others, so, for example, we move from one of these Child in the Sunburst Pyramid to the more languid psychedelia of Spiral Marilyn, a more Beatle-esque musical touchstone sound-wise [in their psychedelia touchstone days].

Ninth Take a Stress Pill is a loud instrumental drowning-out of what I think is a sampled recording of the intended softly-spoken anti-stress narrative from a tape/similar. This and next Daisy with its laid-back fuzz and effects could seem fillers to make up the 22 songs where a judicious edit might have been a benefit, though the T-Rex vocal two-thirds into Daisy, with more fuzz and effects, has a wildness that attracts over the calmer-by-comparison languor of the other spacier rock. Indeed, the vocal effects near the end of this latter track make it one of the more interesting overall. It’s a learning aural curve.

In fact, I think the album is hotting up as we progress through. Twelfth The White Witch has pulsing riffs and pulsing vocals and is a relative scorcher; thirteenth Molecules is another instrumental interlude; next Beatle George is as the title suggests another B-esque pop-psychedelic number, and fifteenth The Kingdom makes a great noise with looping guitars and crashing cymbals.

Then comes sixteenth Cyclops [Dedicated to the One I Love] which is heavy metalish so the heat is now on high, and follower Astrophobia continues the flirting with Sabbath riffs and the ghost of Marc Bolan. Eighteenth Wondermint is a raga of sorts, whilst its follower Girl Coloured Sky reverts to the SP sound of before.

Penultimate Tiny Gods foregrounds some more of that excellent dual guitar work, and you realise that by the end of listening to it and all 22 tracks this really is quite a dense and richly atmospheric album of the genuinely ‘heavydelic’ kind, with closer Babes of the Abyss beautifully so. 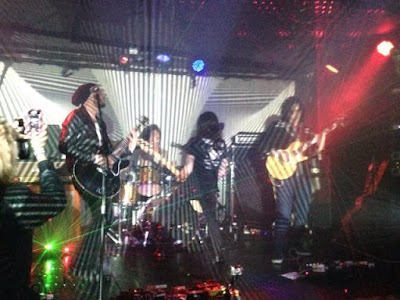