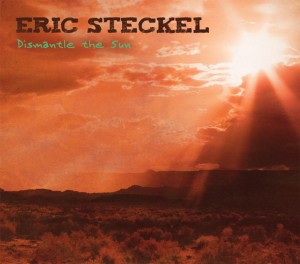 Play It Loud, And To Others

I’ve just downloaded the latest album Dismantle The Sun from perhaps little known but genuinely outstanding Eric Steckel who plays a mean rockblues guitar – sublime solos – and has an ever maturing vocal that has the grit and growl to match the dynamism of those riffs and shreds he has excelled at since a young boy [the youngest guitarist to ever play with John Mayall and the Bluesbreakers as Eric did in 2003, aged 12].

His previous album Milestone, reviewed here on 11th January, 2011, is one of the strongest rock guitar albums I have ever heard – truly – so this new release has much to match for me. It begins strongly with two quite funky rock tracks Mississippi River and Dry Drinkin’. Third Empty Promises is an early rock ballad and this is where Eric can display the sure strength of his vocal as well as the sensitivity of a slower but sassy riff. It’s fourth Love Me or Leave Me where Steckel lets loose and rips through a stomping rock blues.

Fifth Last Night is an acoustic ballad gem, ably supported by swirling organ, and the tough vocal dominates this generic if fine song. When the electric solo is launched, however, the song does soar, Steckel holding and riding the feedback and harmonics with that skill which comes naturally to gifted guitarists.

Sixth Outlaw is a hard rock chug that mirrors the predominant sound on Milestone, so I obviously like this too, and it is enhanced with more funky organ further developing Steckel’s overall sound on this album [and I don’t have details as it’s a download, but it probably is Eric himself on Hammond B3 organ]. Ninth Sugar Sweet is interesting as it introduces the jaunt of a honky-tonk piano over which Stenkel plays slide and there is an amped up blues harp accompaniment. This is a neat shift in the album and you’ll be rolling along to the musical rhythm and handclaps.

The album finishes on what I would say is a now signature Steckel sound, the accomplished trio of voice, organ and guitar presenting From Your Blue Eyes to Mine: a sensitive side shown lyrically in the songwriting, and a final guitar solo that has a little of the Lofgren about it which is one of the highest compliments I can give this young and impressive artist.

I do highly recommend this and his previous album Milestone. I downloaded Dismantle.. from here http://www.cdbaby.com/cd/ericsteckel1 and at $9.99 [£6.46] it is a bargain. Spread the word. 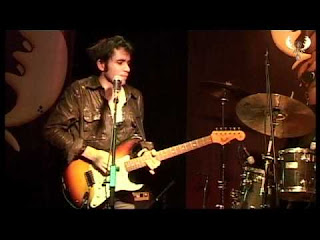