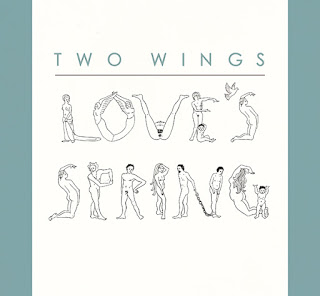 The vocal of Hannah Tuulikki dominates this album as do the reviews of it. For most it is an aural hurdle that must [but more importantly, and commonly, should] be leaped for those listening the first time. So I am no different in mentioning, though I will avoid the more cheeky [although again, commonly positive] allusions out there. For me, there is the clear echo and merging of Kate Bush – the most obvious - and Clare Grogan: remember the jaunty Happy Birthday by Altered Images?

Beyond the vocal focal point, this is an album of quite richly varied musicality. Horn arrangements are colourful, and the guitar work is eclectic throughout. Then there are the harmonies. Vocal foil as well as harmoniser is predominantly Ben Reynolds, but there are other combinations at work. Sixth track Just Like is a case in point: in many ways this has quite a naive assortment of guitar licks and horn blasts as well as background harmonies, and the song itself is ordinary, if pleasing, but it is this very unpolished yet busy presentation – and that distinctive vocal – that makes it so entertaining. Readers of this blog will know how much I despise the affected and wispy/nasal/slurred female vocal so currently in vogue: well Tuulikki’s is simply delightful in its natural idiosyncrasy.

Album opener Eikon pulls no punches in foregrounding that vocal, as if to warn this is what you’re going to get. Second Feel, with an immediate clever mix of almost-Latin horns, acoustic and then Hawaiian guitar, has Reynolds dueting to wrap Hannah’s vocal in a different, buffered offering. It works well, and similarly on fifth Altars and Thrones, sans Hawaiin guitar. Third Love’s Spring starts with harpsichord and flutes a la traditional folk, and then light folkrock as the guitars join it, this having the feel of Dr Strangely Strange, whilst fifth Valley introduces some background pedal steel into its mildly Country lilt.

Penultimate It Hurt Me is another simple tune with harmonica and echoing guitar adding to the overall musical variety. Closer Forbidden Sublime is the longest track at nearly nine minutes and this is a slow-moving, atmospheric song with horns again playing a key role above the strong detailed guitar work. Tuulikki gives her most alluring vocal performance too where by now we have got used to and want to hear more, so she rides notes further and adds rougher textures. Those horns and harmonies and a fuller guitar solo also generate impact. This is a wonderful song to finish a distinctive album. 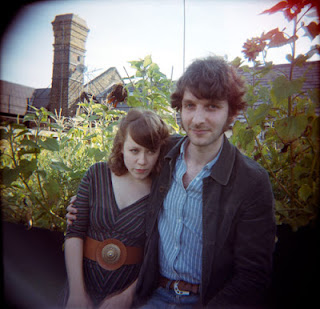