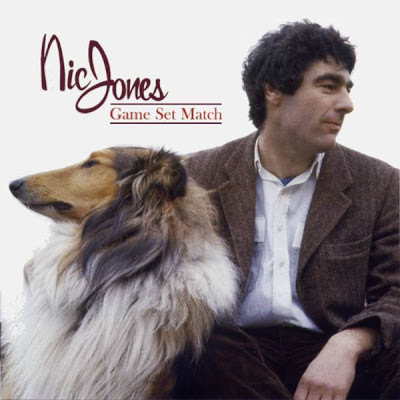 I wrote recently about Nic Jones and his album Penguin Eggs and I also mentioned then I had ordered a collection of late 1970s live recordings assembled on the album Game Set Match. This was released in 2006 so some years after that horrific accident which stopped Jones from performing or recording after 1982.

It arrived today and I have listened and enjoyed more than I could have imagined. Penguin Eggs, released in 1980, was voted by then Melody Maker as its Album of the Year and it is still very highly regarded. However, for me Game Set Match more clearly defines the brilliance of Nic Jones: it is just guitar and vocal, or unaccompanied singing, and these pristine recordings capture the simple excellence of his performing. I'm not going to critique each or any songs - they are all superb. All of them.